LEYBURN (Queensland) - Seventy years after the tiny southern Queensland town of Leyburn hosted a memorable Australian Grand Prix, two cars that contested the event will star in anniversary celebrations at the Historic Leyburn Sprints next month.

Both are 1939 MG TB Specials, owned by Colin Schiller and to be driven by him and his daughter Belinda.

The single-seater siblings will be among the oldest – and certainly most historic – of more than 200 entries expected at the 24thannual Sprints on 17-18 August.

The Sprints will mark 70 years since the grand prix was run on 18 September 1949 at a former wartime airfield just outside the Darling Downs township. Thirty thousand spectators were said to have watched the 242 km race, won by John Crouch in a French-built Delahaye.

This year’s celebrations, in addition to a mouth-watering display of historic and classic cars, will welcome as special guests an array of popular drivers from the 60s, 70s and 80s, including Dick Johnson, Kevin Bartlett, Colin Bond, John French, Fred Gibson and Bill Gates.

Schiller ran his original silver-bodied MG – a veteran of five Australian Grands Prix - at last year’s Sprints, but this year will hand it to his daughter while he drives his most recent purchase, which is painted red.

While the silver car in the hands of John Nind failed to finish the 1949 grand prix due to a mechanical problem, the red car was driven to fourth place by Peter Critchley. Schiller hopes this is a good omen for his Sprints performance.

“Leyburn will be my first competitive run. It’s taken me a while to do a few things to it – it used to run on aviation fuel and now has a starter motor instead of having to be push-started,’ said Schiller, from Cambooya, near Toowoomba.

In fact, the 1.3 litre MG engine has produced 61.8 brake horsepower in tests, a modest output by modern standards but sufficient to give the lightweight roadster some competitive pace in the Sprints time trials around a 1.0 kilometre closed-street course.

The Schiller cars have another historic link as well as Leyburn. The red car – with different bodywork – finished first in a race on Bathurst’s Mount Panorama in 1946. The silver car came second.

Schiller said he would like to add the third-placed car in that event, another MG, to his current collection of six pre- and post-war MGs.

“It’s extraordinary that Col Schiller has collected not one but two cars from the 1949 grand prix when few others remain and that they’re coming ‘home’ for the 24thHistoric Leyburn Sprints,” he said.

“Both MGs are 80 years old and still going strong. It will be exciting to see them on track again.”

Off-track, the Sprints also promises a packed weekend of attractions. The popular Vintage Caravan display and Sunday’s Shannons Show ‘n’ Shine line-up of classic road cars and motorcycles are crowd favourites, along with market stalls and food and drink outlets.

Adult tickets will be on sale at the gate at $20 per day or $30 for the weekend. Children aged under 14 will be admitted free. Gates open at 6.30am daily and racing starts at 8am.

The event, which benefits local community organisations and projects, was named Queensland Motor Sport Event of the Year 2017. 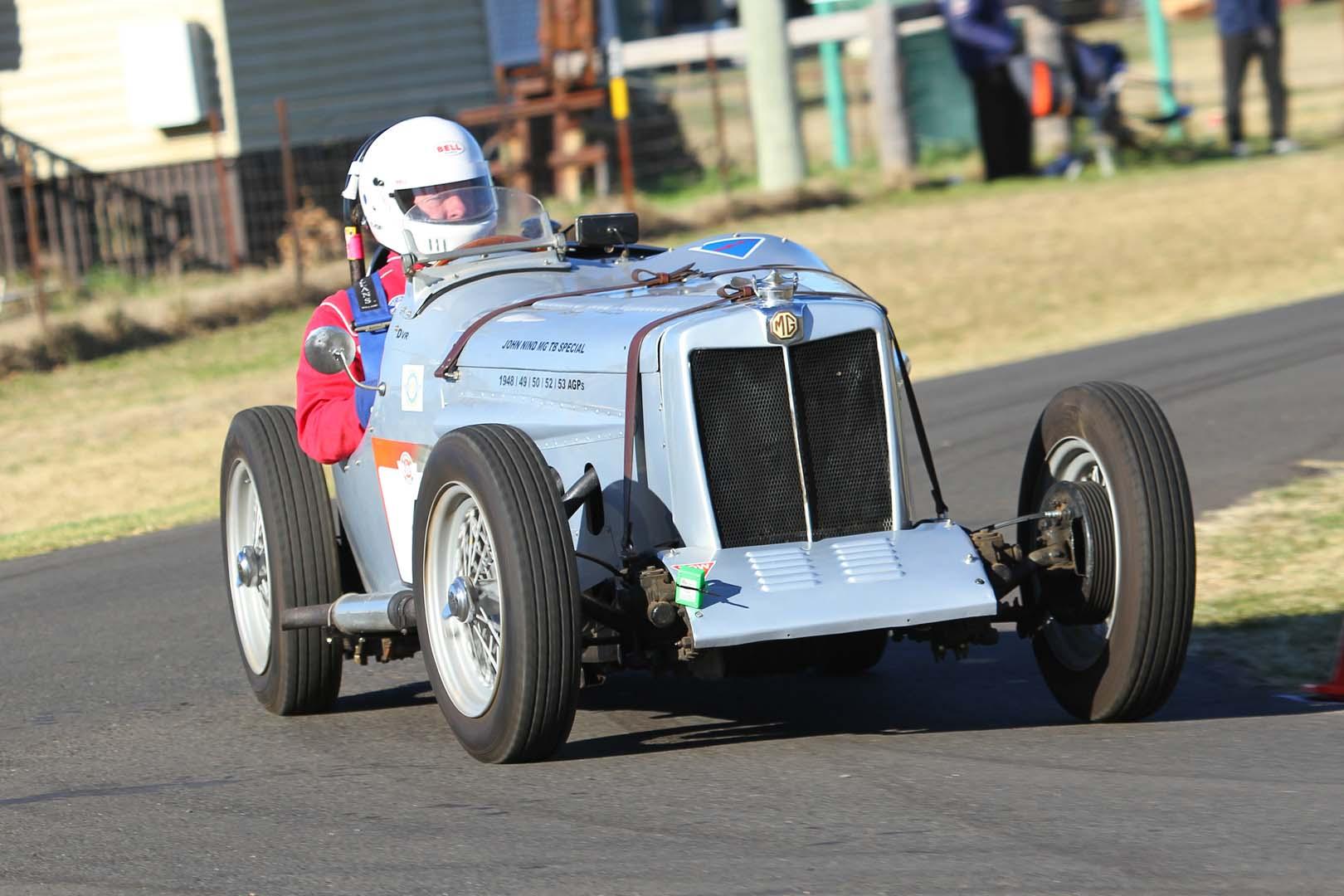 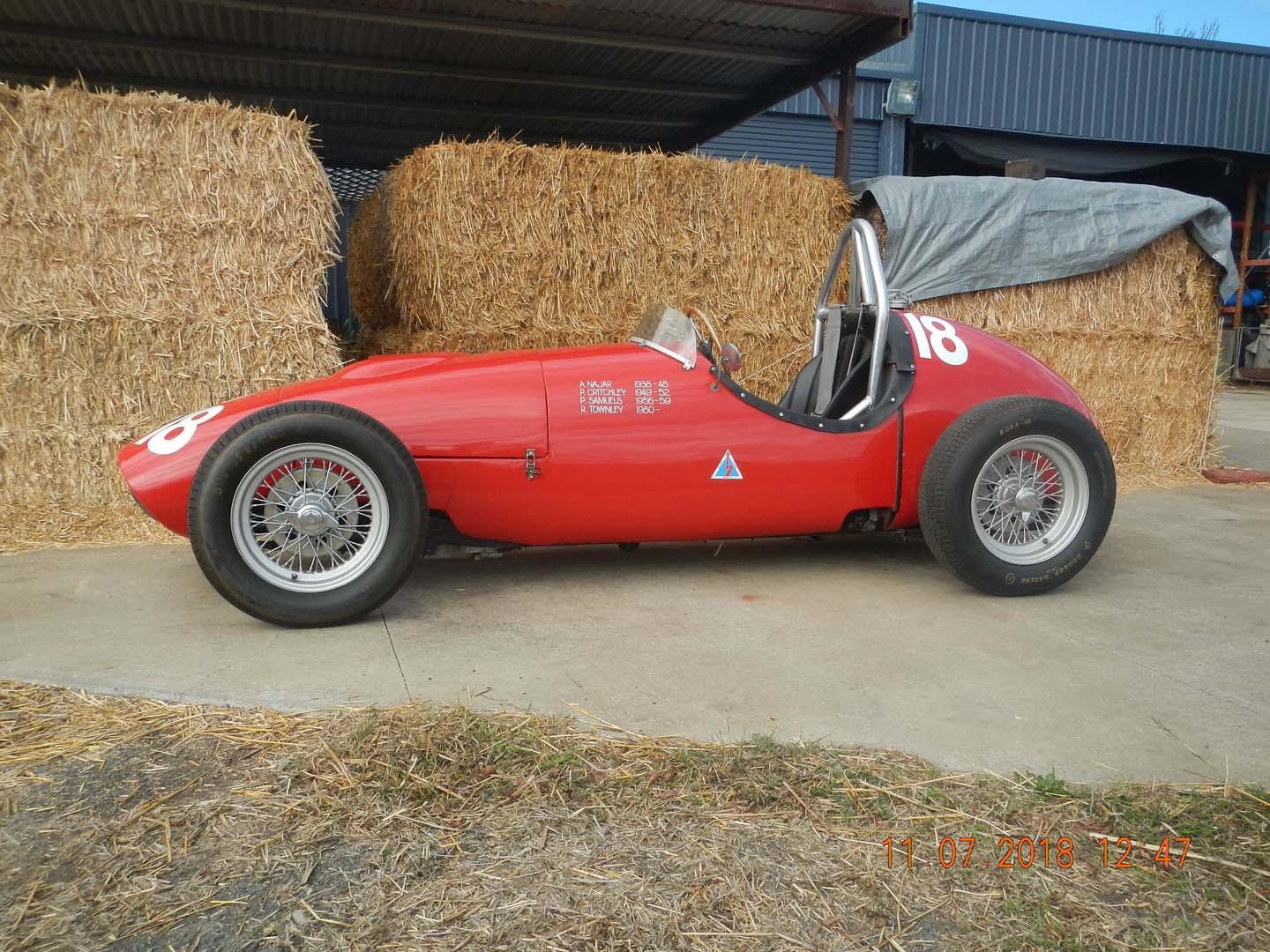