The car collection formerly belonging to Peter Champion went under the hammer on the eve of this year’s Bathurst 1000 with Peter Brock’s 1981-82 Bathurst winning Commodore fetching $2.25million.

It took just four minutes of eager bidding to create a new $2.1 million auction record for an Australian car on the eve of the 2018 Bathurst 1000.

Online bidding for the VH Holden Commodore that went back-to-back at Bathurst with Peter Brock in 1981 and 1982 had already reached $1.6 million before the car was pushed in front of an eager live audience at a one-time railway construction building on the outskirts of Bathurst. 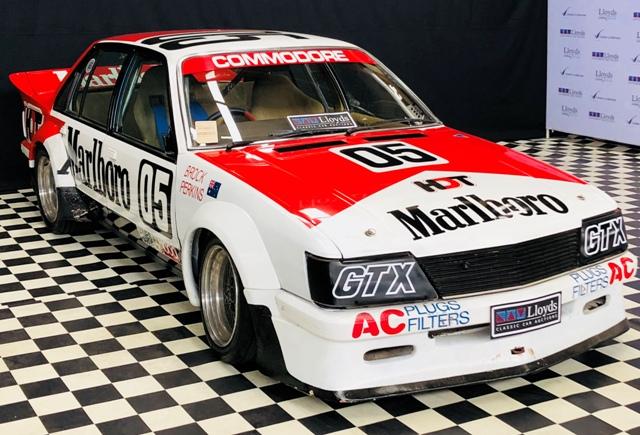 The site had been specially decorated by Lloyds Classic Car Auctions for the occasion with giant printed banners of classic moments in Brock’s racing history and plugged into the world wide web to create an instant live feed for bidders and voyeurs.

The auction audience included Allan Moffat and Fred Gibson, as well as Bev Young, one of the founders of the Biante model car company that created many scale replicas of Brock’s successful road and racing cars. 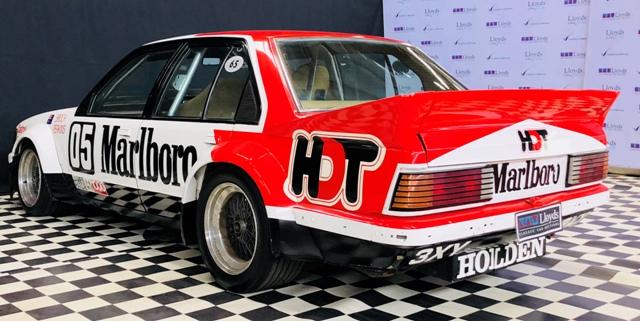 It was a very chilly night and, apart from the cars for the sale, there were other cars for upcoming Lloyds sales including a super-rare Phase IV Ford Falcon and a VL Commodore that was once raced by Win Percy for the Holden Racing Team.

The VH looked a little tired, with a flat tyre and some minor scrapes from an incident at the Goodwood Festival of Speed in the UK, and it also sat with a mixed livery that combined body parts and battle colours that mixed and mis-matched the looks of ’81 and ’82. 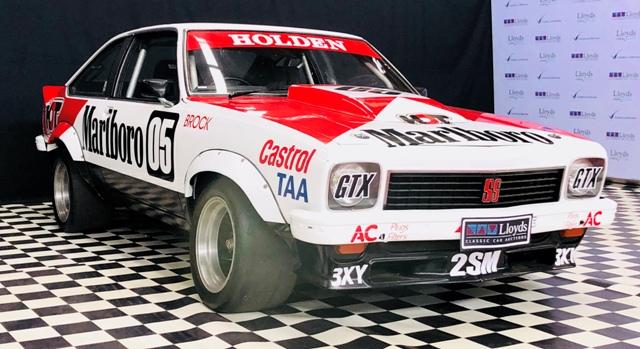 But it never mattered.

Once the Lloyds’ auctioneer shifted into high gear it took just eight bids to reach the final hammer price. Including the seller’s commission, the final price for the buyer is $2.25 million.

But that was not the end for the Brock Collection auction, even if only 60 per cent of the cars sold on the night and the famed Big Banger from 2004 was passed-in when bidding only reached $850,000. 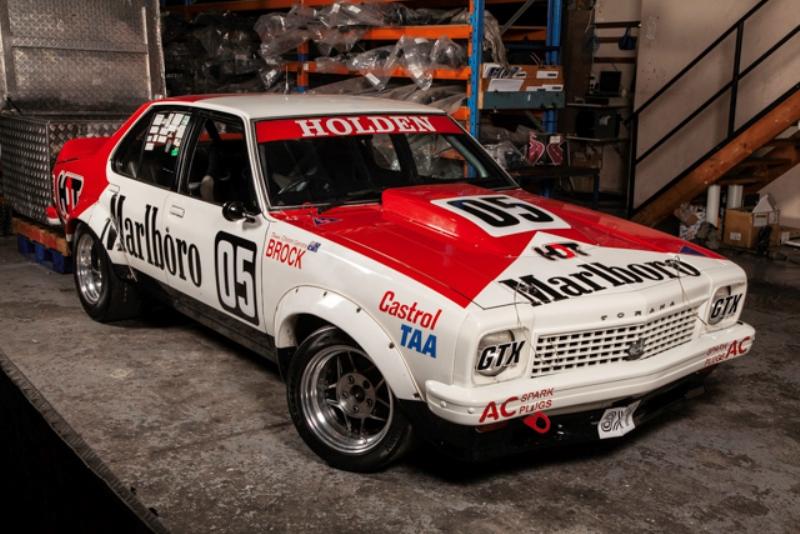 Eager under-bidders went to work the following morning, on a day when Craig Lowndes raced to his seventh victory in the Bathurst 1000 to create another piece of Holden history.

“The total from the sale will definitely hit $10 million. So it will be our biggest sale ever. We’re expecting the rest of the cars to sell in the next few days.” 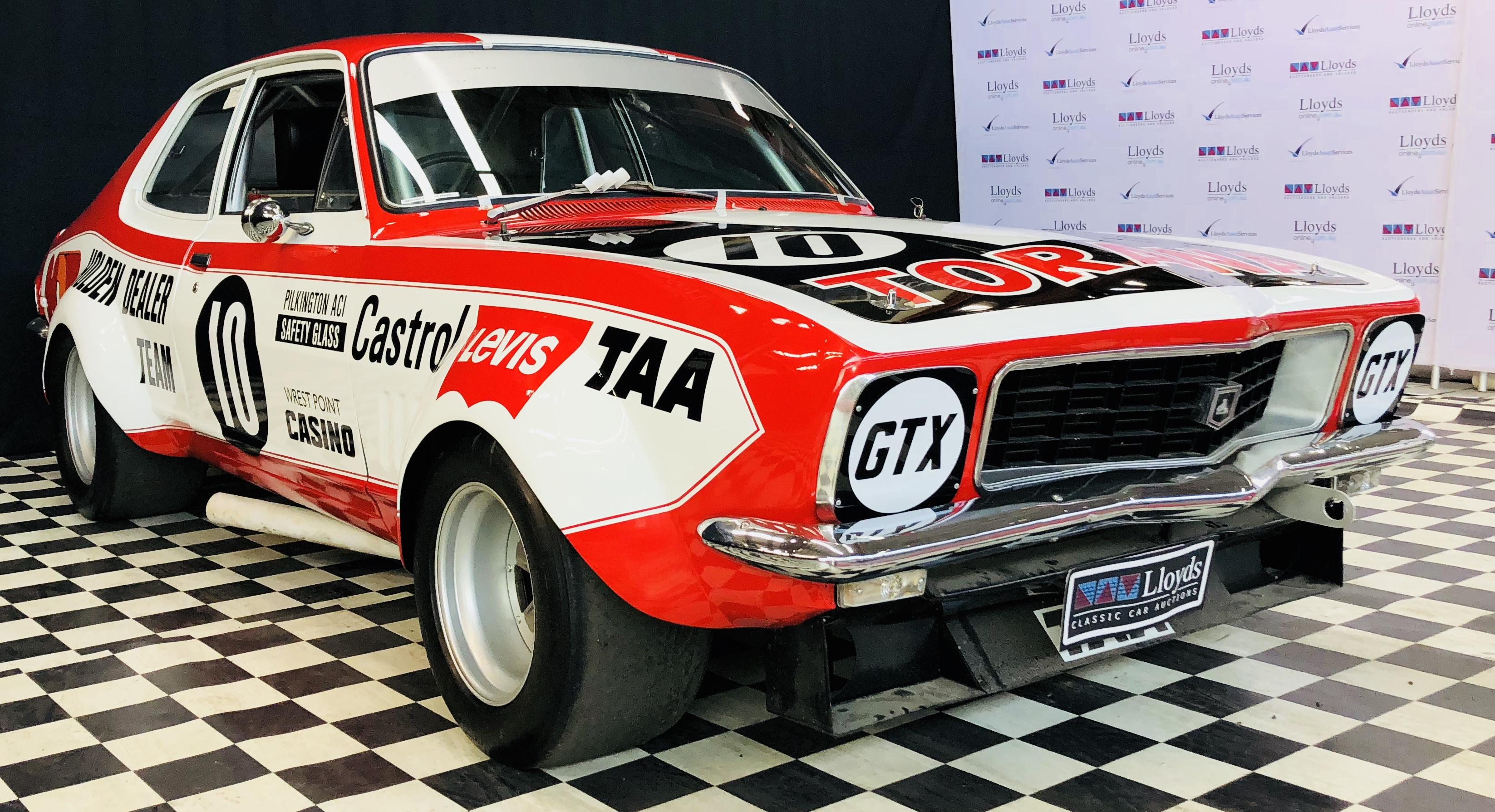 A total of 35 Brock-related cars went up at the auction, the majority from the Peter Champion collection amassed by Brock’s long-time friend for his museum at Yeppoon in far-north Queensland.

Poor health forced him to sell the racing side of his car collection after a short-term run as a special exhibit at Dreamworld on the Gold Coast.

Many are Bathurst cars, or tributes to them, although the auction line-up included a round-Australia Rally Commodore, cars from Targa Tasmania, a re-creation of Brock’s original paddock basher, and the replica of the A30 Holden racer that gave him his start which was built many years later by his son James.

“It was time for someone else to share them. And for more people to see them and enjoy them,” Champion said.

According to Lloyds, it was the lure of the Champion collection that drew a number of other Brock cars into the sale.

“There were various collectors who put cars up for sale. It was not just Champion. That’s why we called the sale the Brock Collection,” says Minifie.

The identity of the winning bidder for the Bathurst winner that re-set the record for an Australian car is a closely-guarded secret, together with the other successful buyers and the under-bidders. 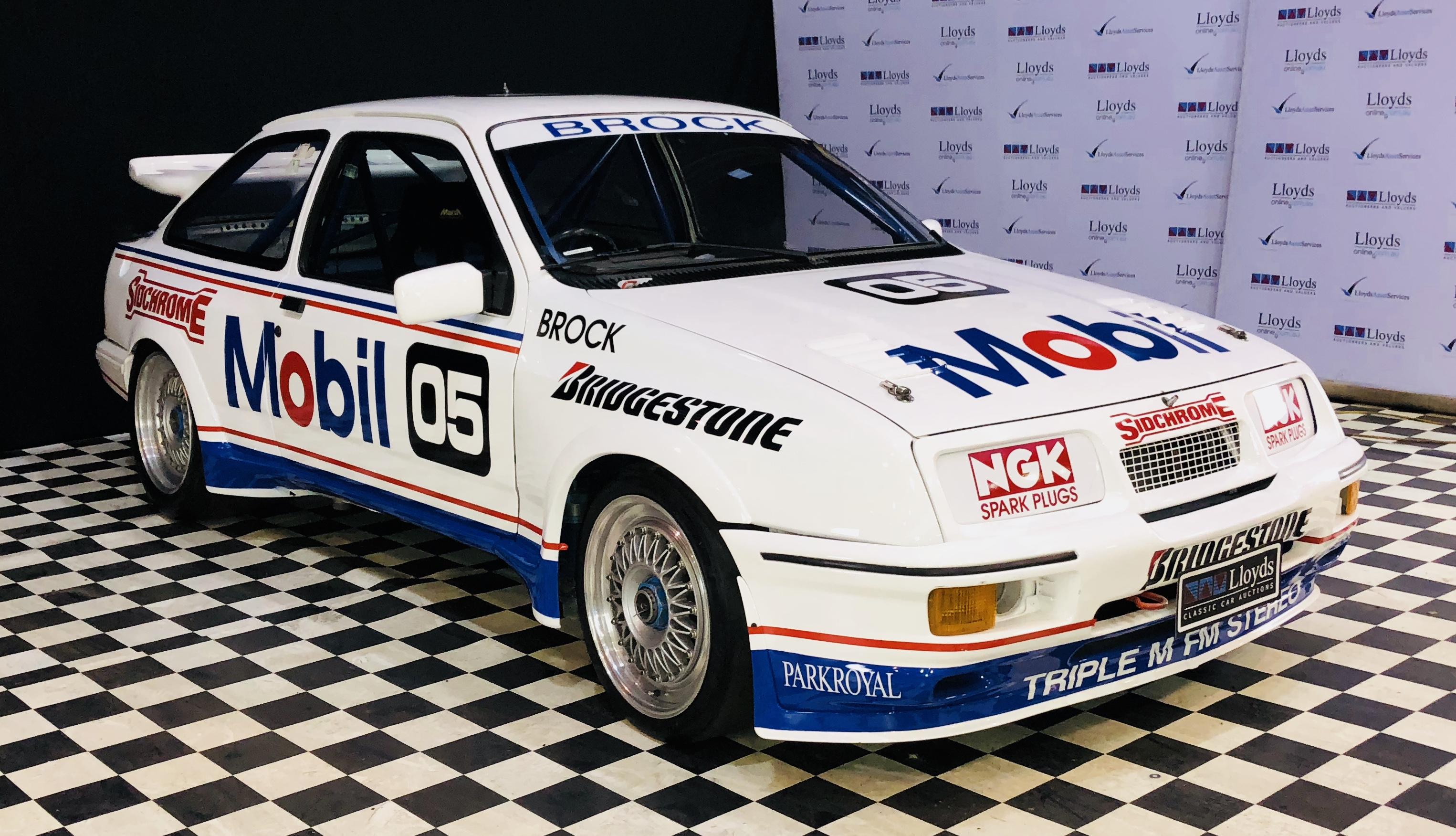 “They don’t want to be identified. But I can say we had two strong bidders from the USA,” Minifie confirmed.

But there is good news for fans of the Brock cars.

“A fair majority of the buyers want to display their cars publicly. And some will race them as well,” she said.

Apart from the Brock cars, Lloyds also ran an online auction ahead of the main sale for the current-model ZB Commodore being driven by Scott Pye for Walkinshaw Racing in this year’s touring car championship.

It sold for $260,000 and will be delivered to the new owner at the end of the Supercars season. 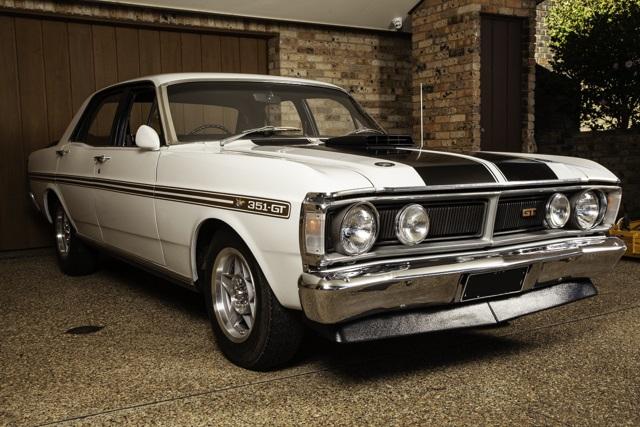 But the Brock action at Bathurst was not over when the audience departed into the chilly night, as Champion welcomed race visitors to the original HDT hospitality bus he had recently restored.

It was displayed behind Pit Straight looking much as it did in the 1980s, right down to the red-white-black Marlboro livery that reflected the sponsorship on Brock’s racers.

One of those, the Big Banger with the dayglo red-and-white war paint from 1984 also ran in an on-track demonstration with former Brock team racer, and his 1987 Bathurst-winning co-driver, David ‘Skippy’ Parsons from Tasmania at the wheel.