Classic ’57 Chevy gets electrified for SEMA

Classic ’57 Chevy gets electrified for SEMA

A 1957 Chevrolet 2-door sedan with a long history as a development mule for US car magazine Hot Rod has taken the next stage in its evolution with the addition of a battery-electric drivetrain.

Known as ‘Project X,’ the ’57 2-door was originally purchased by Popular Hot Rodding magazine staff back in 1965 for US$250 as a street/strip car, but it would also be used to evaluate all manner of new products, technologies and trends in the automotive industry, continuing with Hot Rod magazine when Popular Hot Rodding folded. Over the decades, the car has run six-cylinder and V8 engines of various capacities, with carburettor, fuel injection and even supercharged induction at various stages, too.

So much has been put into Project X over the years that Hot Rod magazine (who took over the project when Popular Hot Rodding folded) calls it the “million-dollar Chevy”.

Most recently running a supercharged LSX V8, the latest step in Project X’s evolution has seen a swap from internal combustion to battery-electric power. The finished article, created by Chevrolet Performance in collaboration with Hot Rod parent company MotorTrend and Cagnazzi Racing, was unveiled at this year’s SEMA automotive aftermarket industry trade show in Las Vegas. 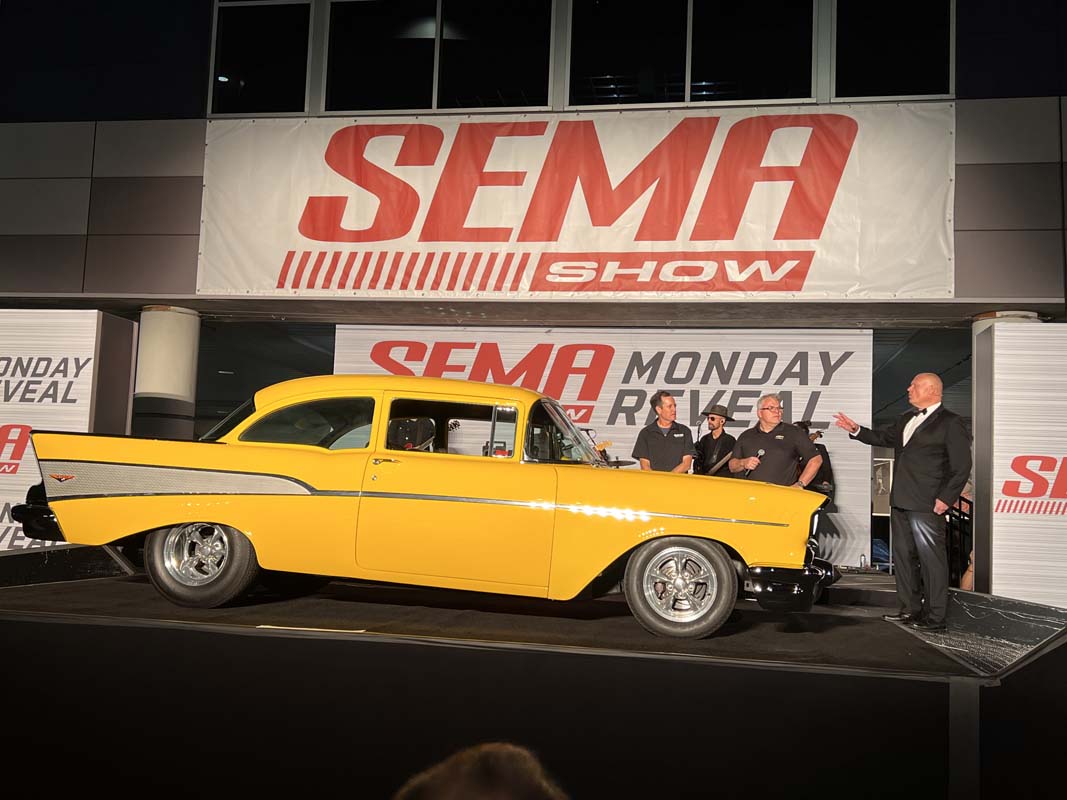 “As the auto industry shifts rapidly toward electric vehicles, this Project X build is just the latest in its celebrated legacy of adapting hot rodding to the powerful technology of tomorrow.” 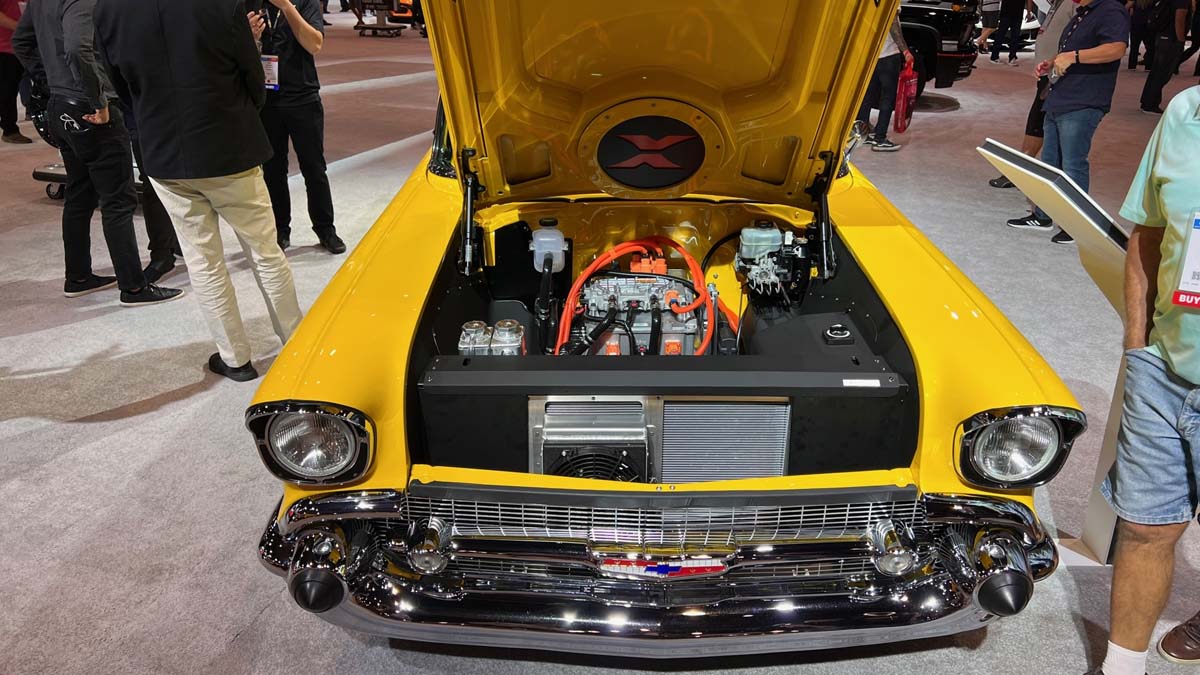 Details on the electric drivetrain developed for Project X by Cagnazzi Racing in North Carolina are slim, but the finished package is said to deliver an estimated 340hp and 330lb/ft (253kW and 447Nm)

The electric motor is fuelled by a 400-volt lithium-ion battery pack that stores a claimed 30kWh and is being evaluated for use as a future Chevrolet Performance product. The battery’s modular construction would allow users to scale the pack, based on range, cost, packaging and weight requirements. 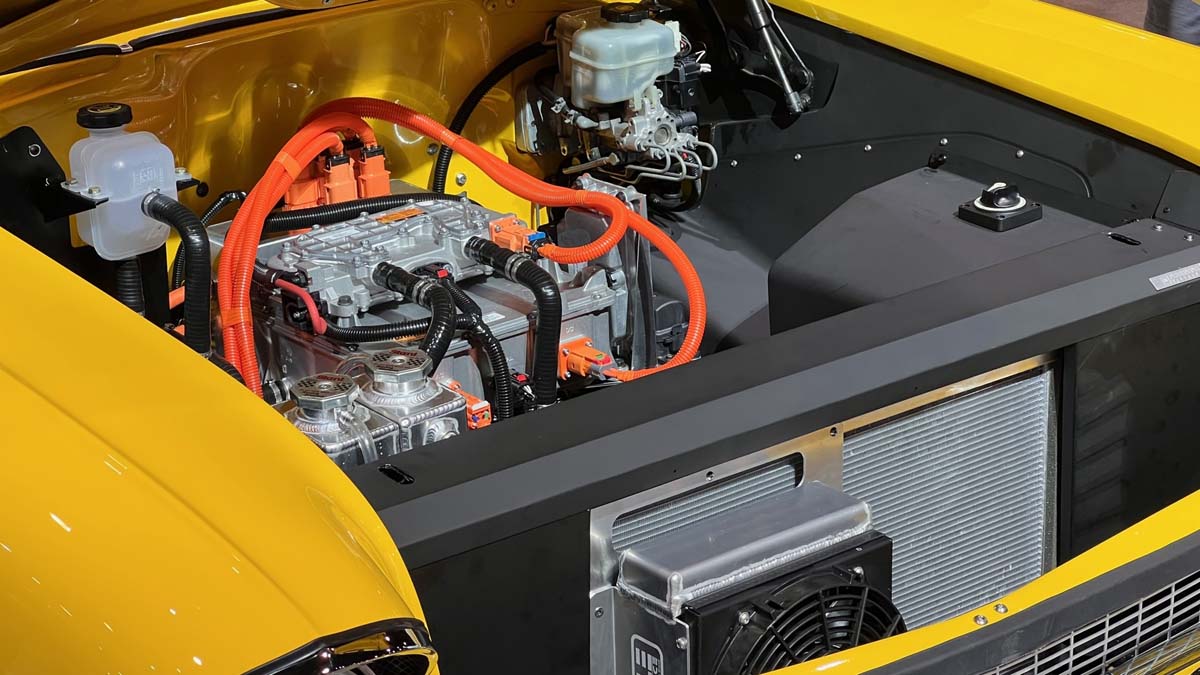 In harmony with this, a quick-change diff is fitted, allowing the final drive ratio to be adjusted depending on how the car is used. For example, a shorter final-drive ratio provides quicker acceleration while using a taller gear relaxes performance and extends driving range.

Removing the LSX and required exhaust system has allowed Project X to sit two inches lower than previous, and while the C6 Corvette front suspension fitted to the car back in 2007 remains, the reduced weight of the EV motor has seen softer springs added up front. To compensate for the extra weight from the battery pack at the rear, stiffer springs have been fitted at the back. 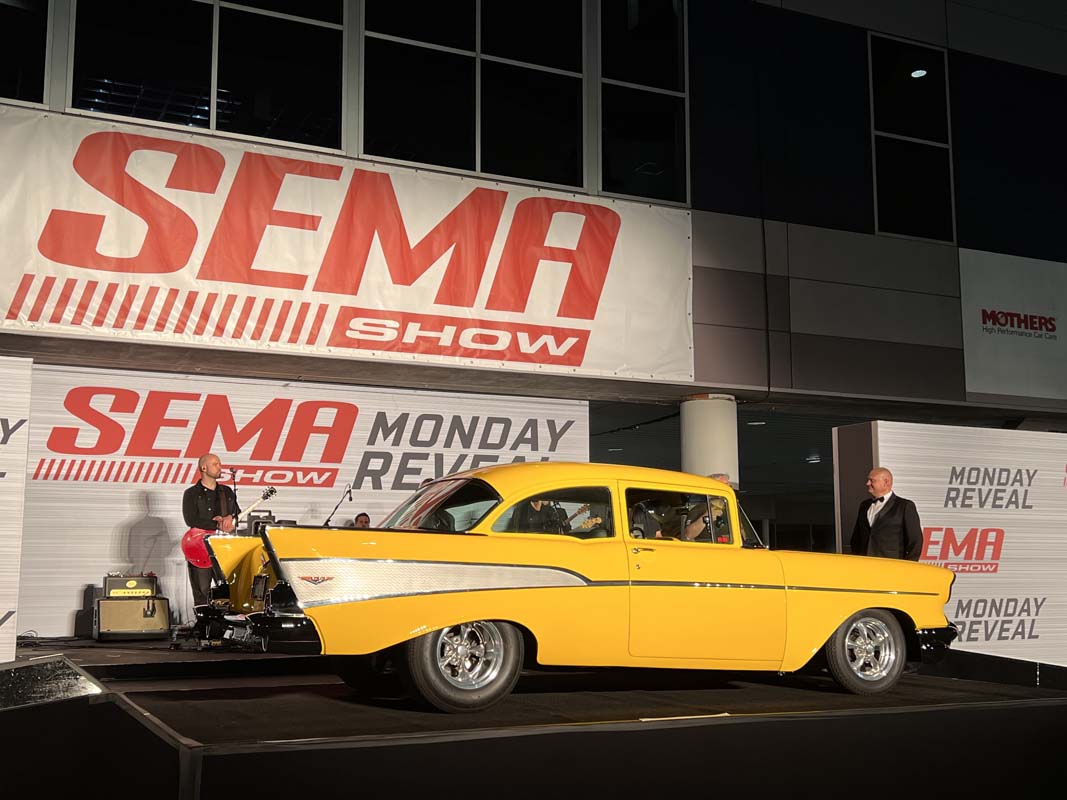 An electric brake booster and electrohydraulic power steering pump have also been fitted, while a subtle cue to Project X’s new drivetrain can be seen in ‘400’ badges on the rear quarters.

Inside, a push-button gear selector from a 2021 Corvette has been added. 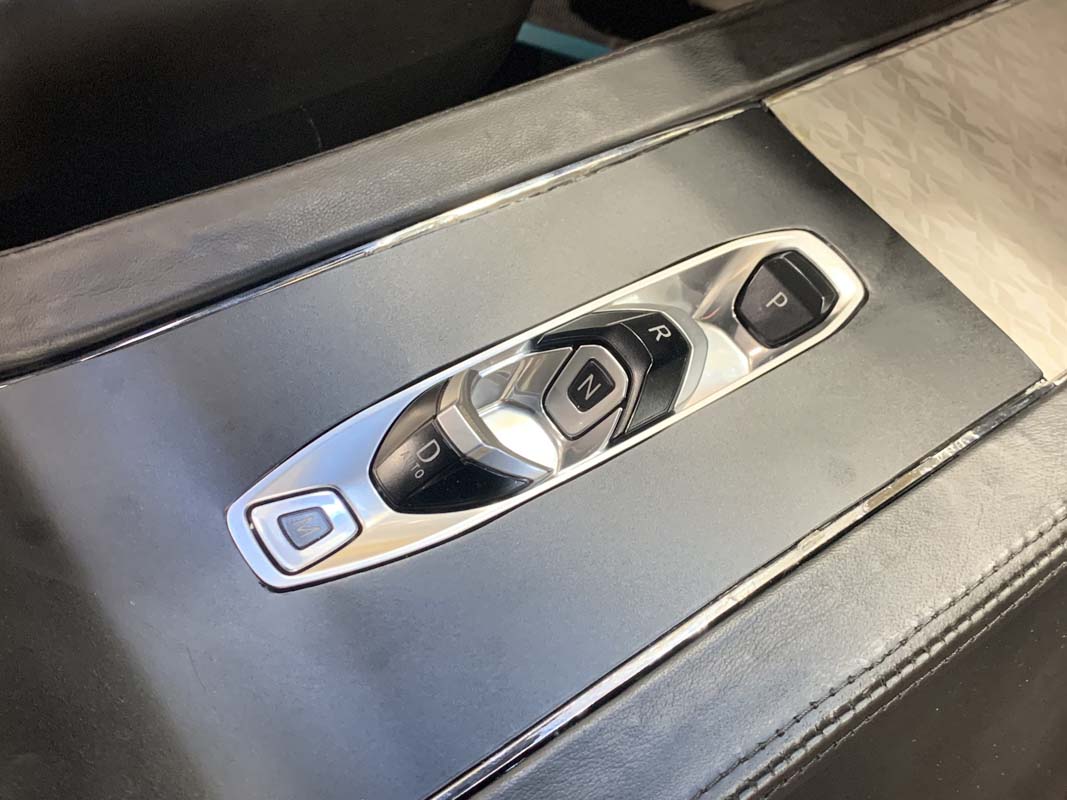 “The reinvention of Project X is a reminder that our vision for a world with zero emissions includes classics like the Tri-Five Chevys,” said Prashant Ahire, eCrate regional chief engineer.