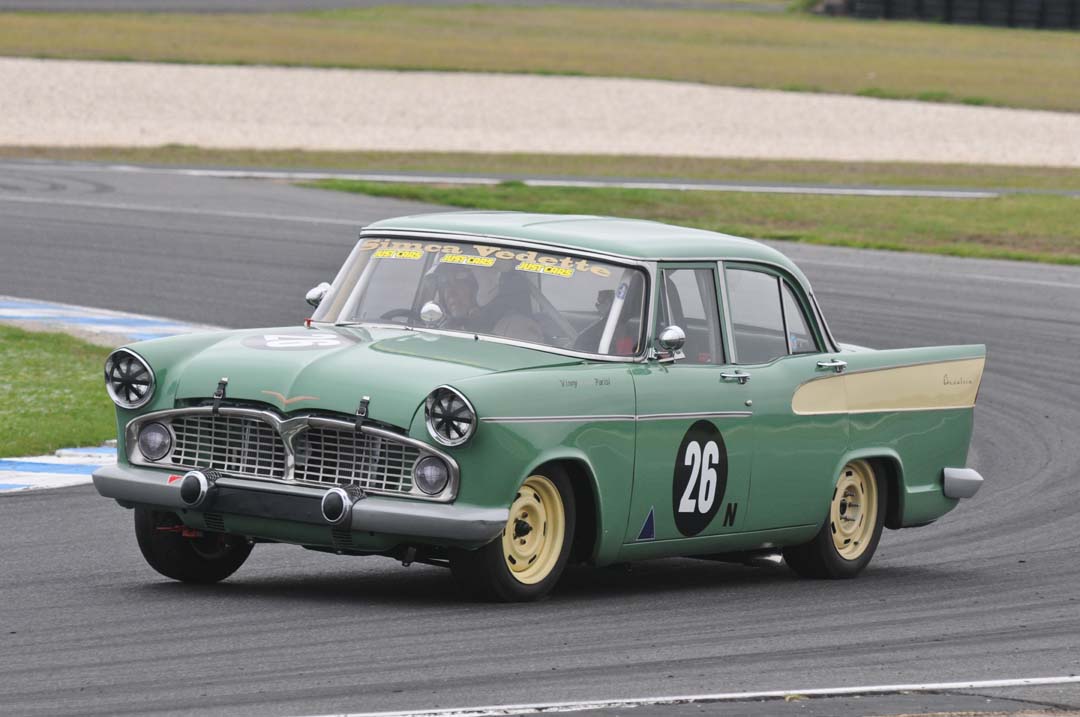 It’s a familiar story, all to do with youth and passion. While Vince Parisi is slowly farewelling the former, he still has bags of the latter.

Vince was struck with “the disease” as a small boy. With the family AP5 Valiant and XP Falcon wagon kept for weekends, he became fascinated with a 1956 Simca Elysee work car - a light, responsive French 1.3 litre saloon - that Vince’s uncle and father drove daily from Fawkner to Footscray.

After his uncle’s passing, the Simca passed into Vince’s family. Having waited patiently for his big sister to take her turn, the teenage toolmaker-to-be soon had his hands all over it, tearing the engine down a few times and tearing around the block whenever he could.

But young men are always in a hurry. At 18, Vince needed something better to impress Mrs Parisi-to-be – so uncle’s Simca had to go, traded in on a 186-engined HK Kingswood sedan.

However, the affliction struck again in its familiar way: Vince grabbed a half-completed Aronde, turned it into a Sports Sedan and put in a couple of seasons’ racing with the VADC (Victorian Amateur Driver’s Club) until he blew its engine to smithereens in a Kleber Six-Hour Race at Calder in 1974.

By this stage, Vince had already met the Aronde’s big sister.

As a teenager living in Fawkner in 1972, an old bloke around the corner spotted Vince’s Elysee and says he also has a Simca, but it’s a V8. “Nah,” says Vince, “no such thing.”

With no library books on the subject and way before the internet, Vince doubts the story, but nonetheless visits him.

There in a shed, his starry eyes fell on a blue Simca Vedette for the first time. He promptly bought it for $5 and pushed it home, the seized 2.3-litre flathead V8 rolling around in the boot. Two years later, a mate tells him of a black and white example nearby for $100. Once he shoos the Alsatian off the back seat he drives it straight to the police station for a pre-rego blue label and it becomes his daily driver, before being traded on a HK Monaro 327.

By this time, Vince is not yet 20, but he’s married and in more of a hurry than ever. He took the Monaro to the drags, which inspired him to go into business as a speed shop owner, starting Epping Street Performance. Apart from gradually improving the Monaro, Vince is also an Alfisti, true to his Italian heritage, becoming an early member of the Alfa Romeo Owners Club.

Soon after, Mrs P got an Alfa step-nose as a daily driver, a more successful plan than the attempt to graft an Alfa engine into - you guessed it - a Simca Aronde.

Vince soon evolved into a small-block Chev expert and together with fellow speed shop retailer Mark Andre, Vince’s ‘ESP’ import motors and go-faster bits from the US for Chevs and other makes. But after eight years he was ready to move on. ESP was sold and morphed into the giant Victorian Performance Wholesale of today, while the likeable, knowledgeable Vince morphed into his perfect role - enthusiastically selling cars.

His first job at Mini World lasted precisely 1.5 days, the next at Kevin Dennis Sunshine spanned six years, before a sales management role at Dustings of Burwood and other fine establishments, including his own. Then it was on to Subaru at Docklands, where he has been, on and off, for the last 13 years.

The French love affair continued to bloom over those years as Vince sought and bought more Vedettes and became more involved in the world of Simcas, from restoring cars to concourse condition, assuming Presidency of the Simca Car Club and, along the way, even writing a small book on his Vedettian love affair…

His concourse-to-be blue and white Vedette Beaulieu version (his pride and joy) was one of two found in Maryborough, Victoria. After restoration, he was proudly displaying it at the 2013 French Car Day at Seaworks in Altona when he heard of yet another. Lurking in an old cement sheet garage was a brush-painted, wheel-less, panel-less example that hadn’t moved since 1975, but somehow was the most unmolested of them all – this became the green race car he drives today.

So how does speedy, driven, passionate Vince relate to driving the slowest - by far - car on the track? Turns out there was a race series for Vedettes in Brazil and, in latter days, they used the newer OHV engine, one of which, although rare, has found its way into Vince’s hands. Evidence is still being gathered to support the OHV unit’s legality and he remains hopeful that the CAMS Historic Commission will approve it – but the rules remain very strict, even for slow cars…

Don’t think that a negative result might stop Vince racing, though. He recently bought the first car logbooked in Australia for Group Na (pre-1958) - a Morris Oxford. He still has his Group Nc Alfa Romeo GTV, and, at time of writing, was hunting down a ’60s Alfa Giulia sedan in race trim. And did we mention the 13 other cars in his private collection, including his father’s AP5 Valiant? Or the collectable motorcycles, including rare and desirable Ducatis?

So, there’s no evidence Vince Parisi will run out of toys or slow down just yet. Except of course, behind the wheel of his Simca Vedette racer as he prepares to be overtaken by almost every car in the event. 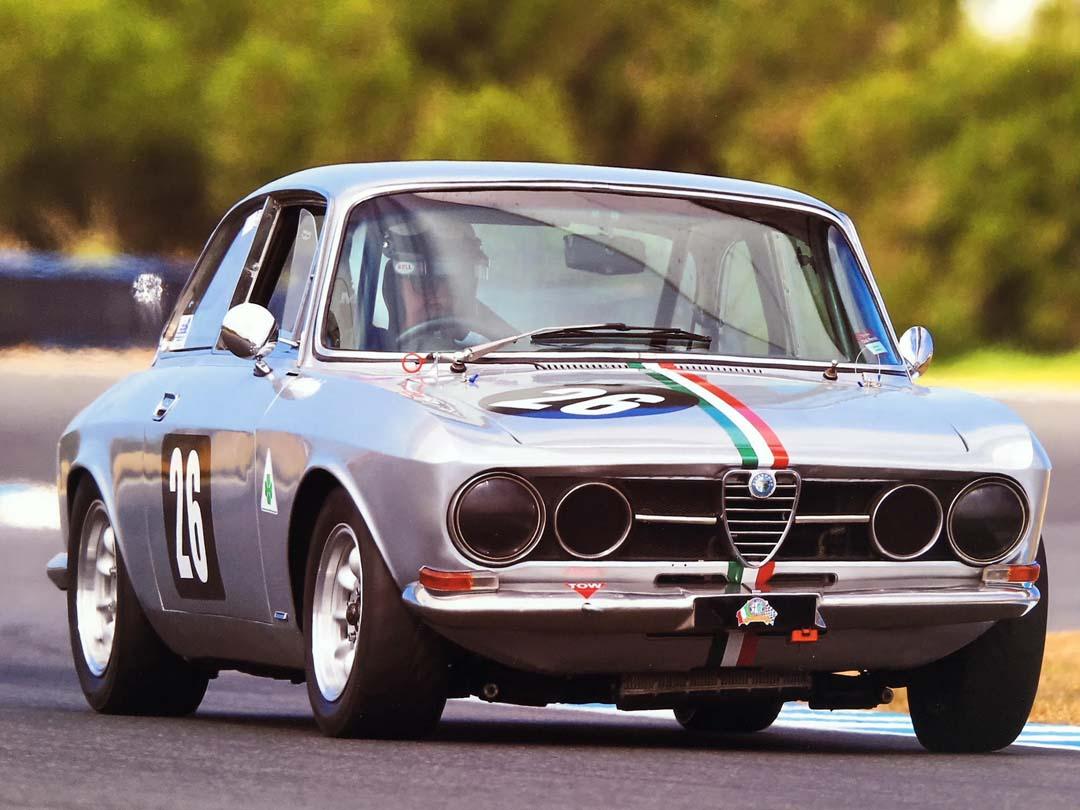 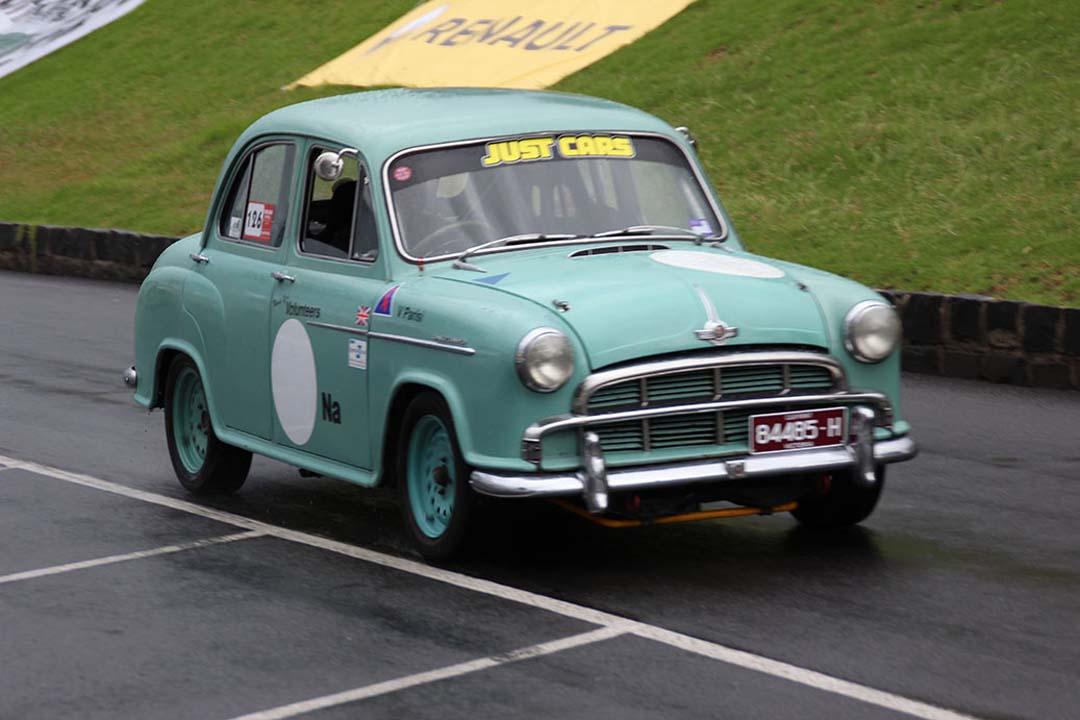 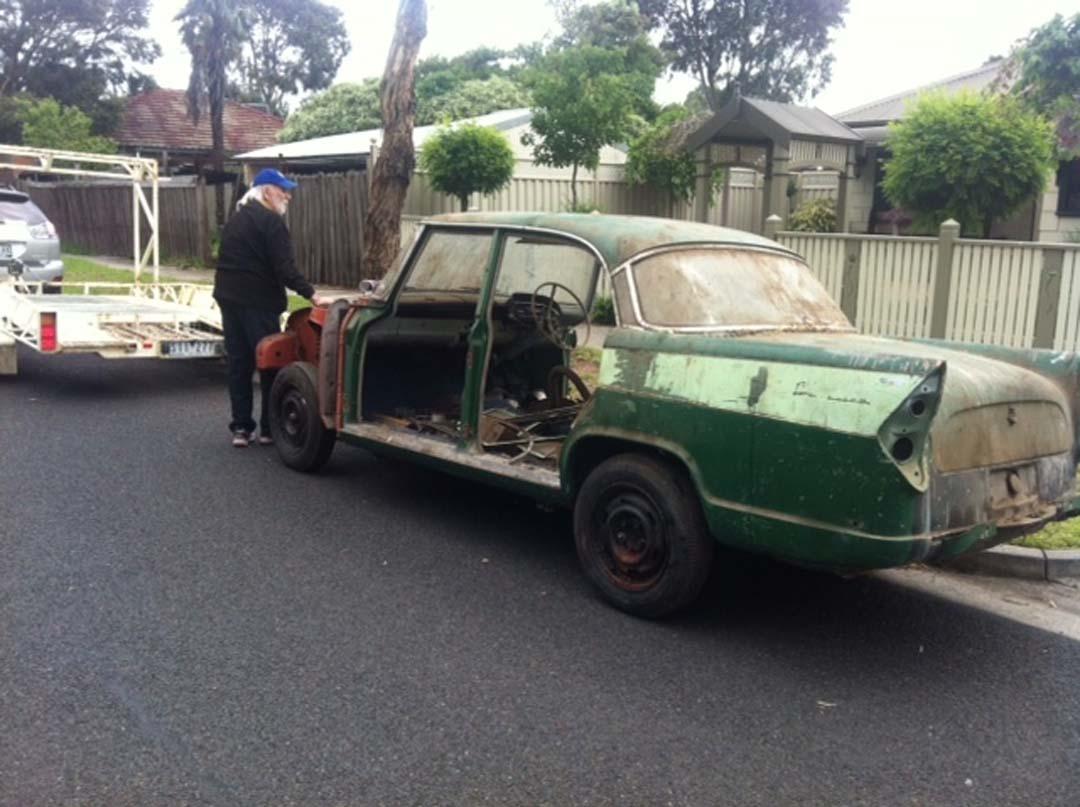 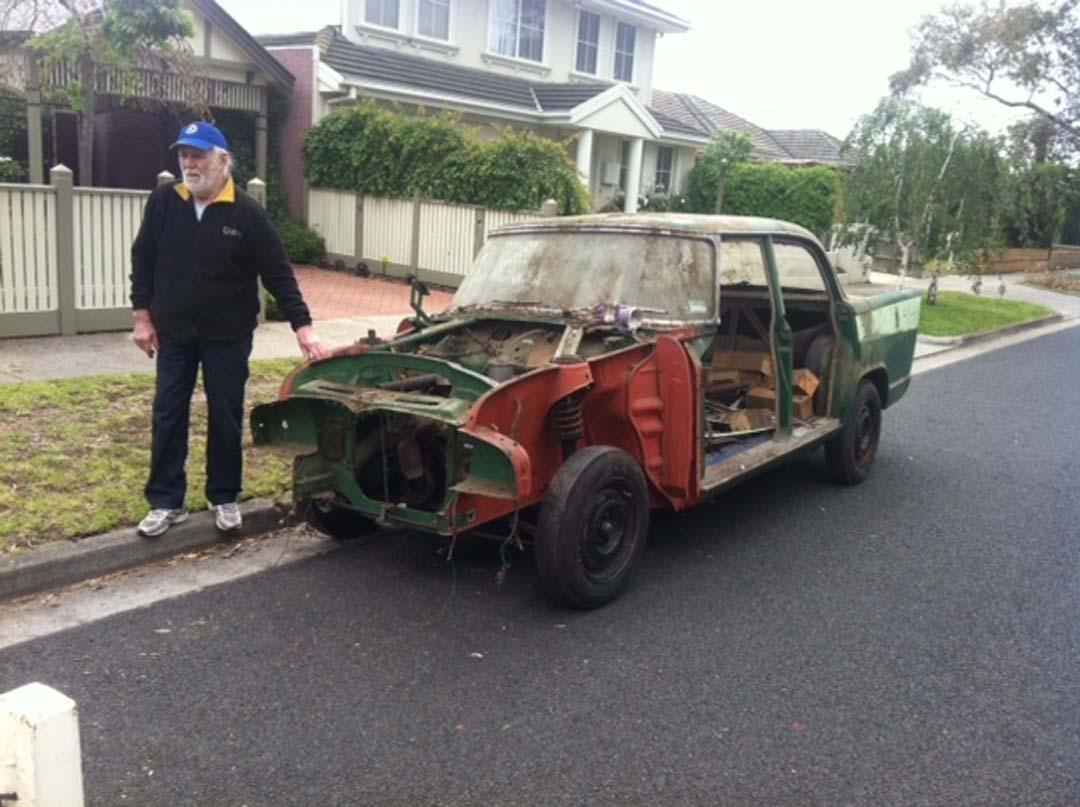 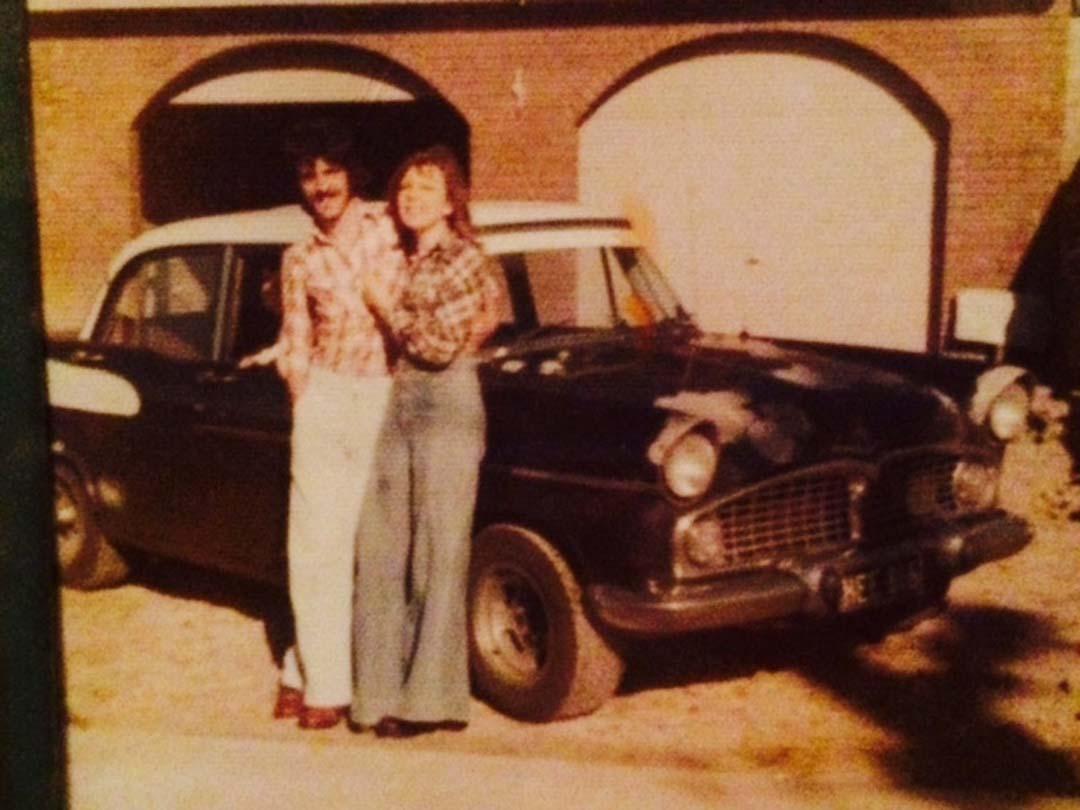 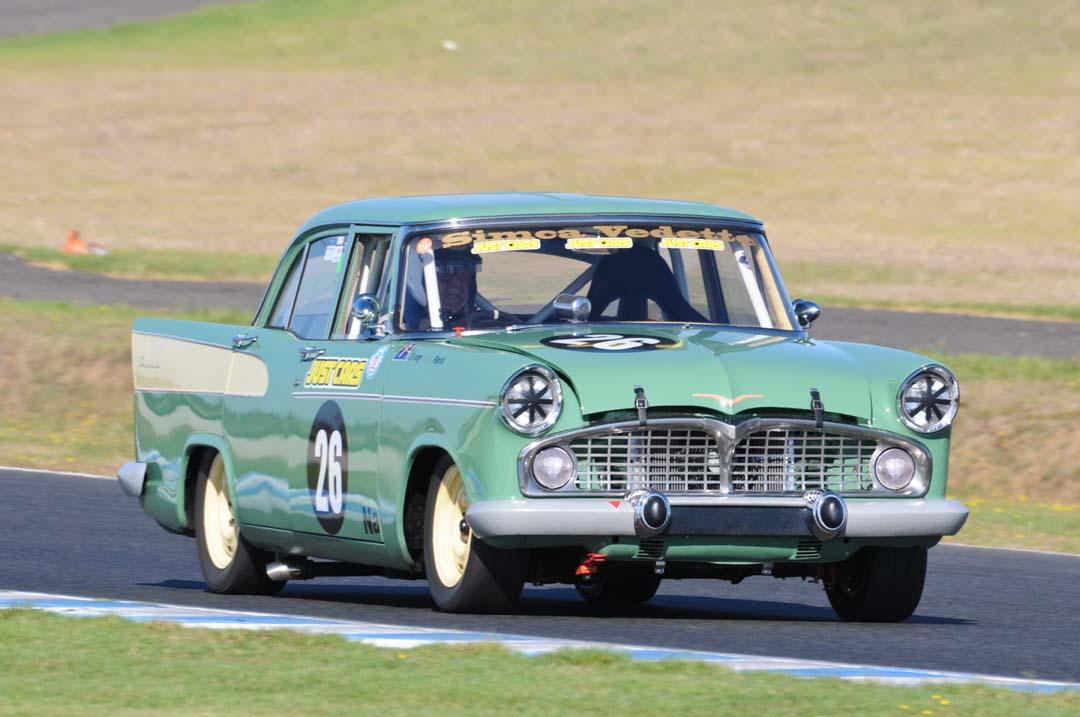 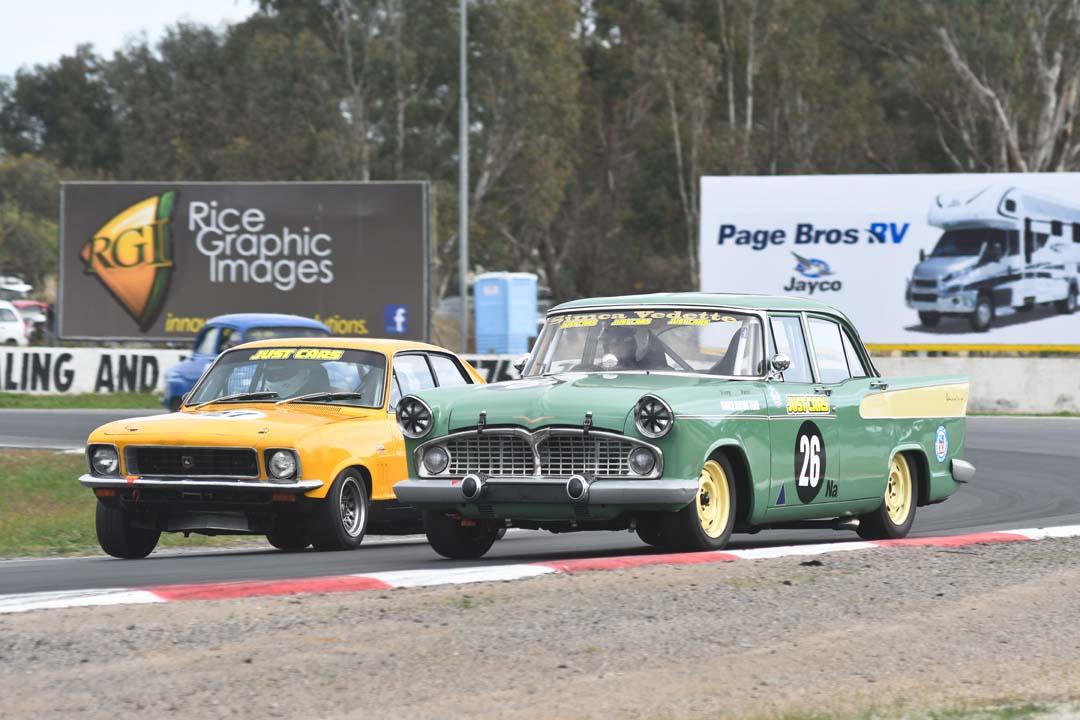 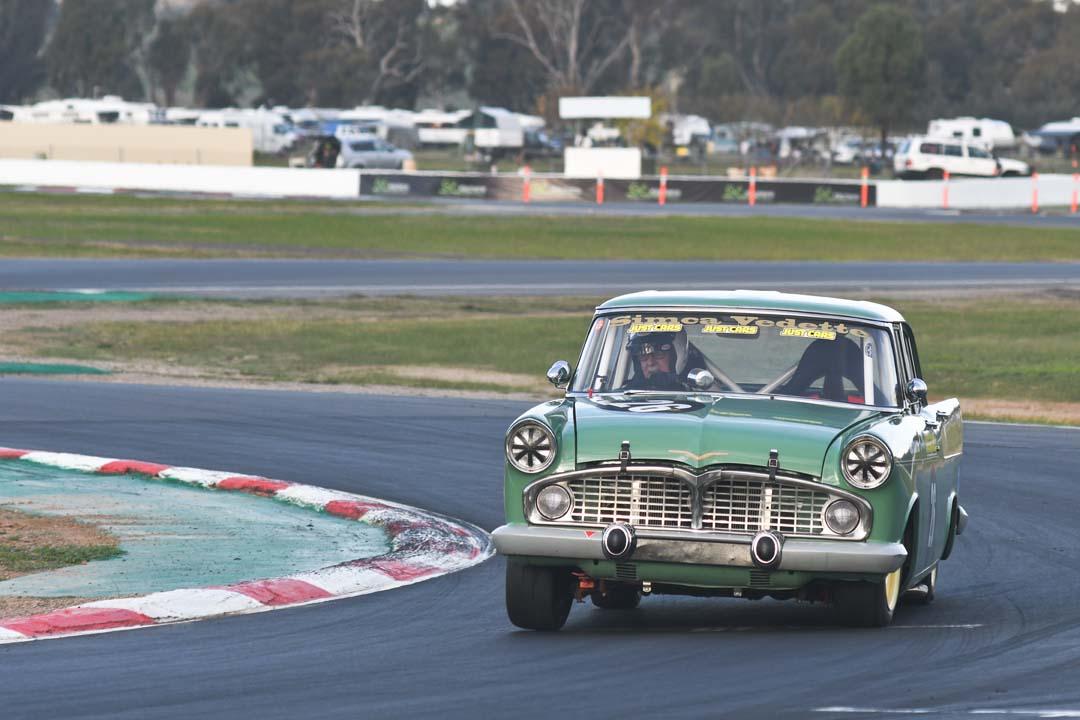 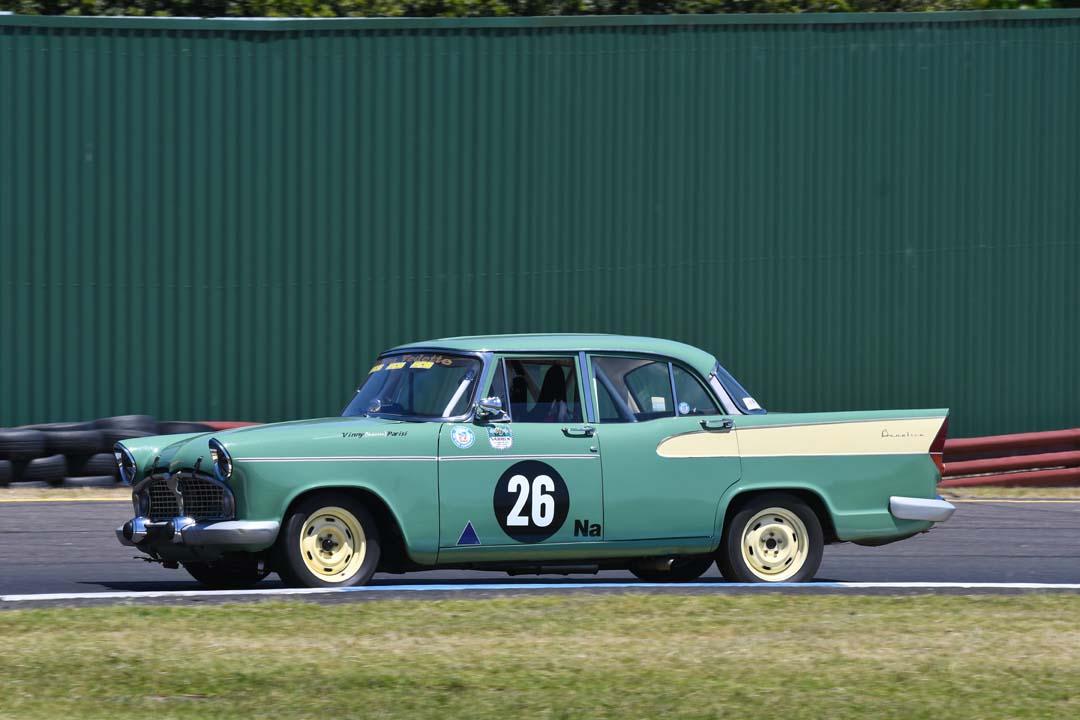 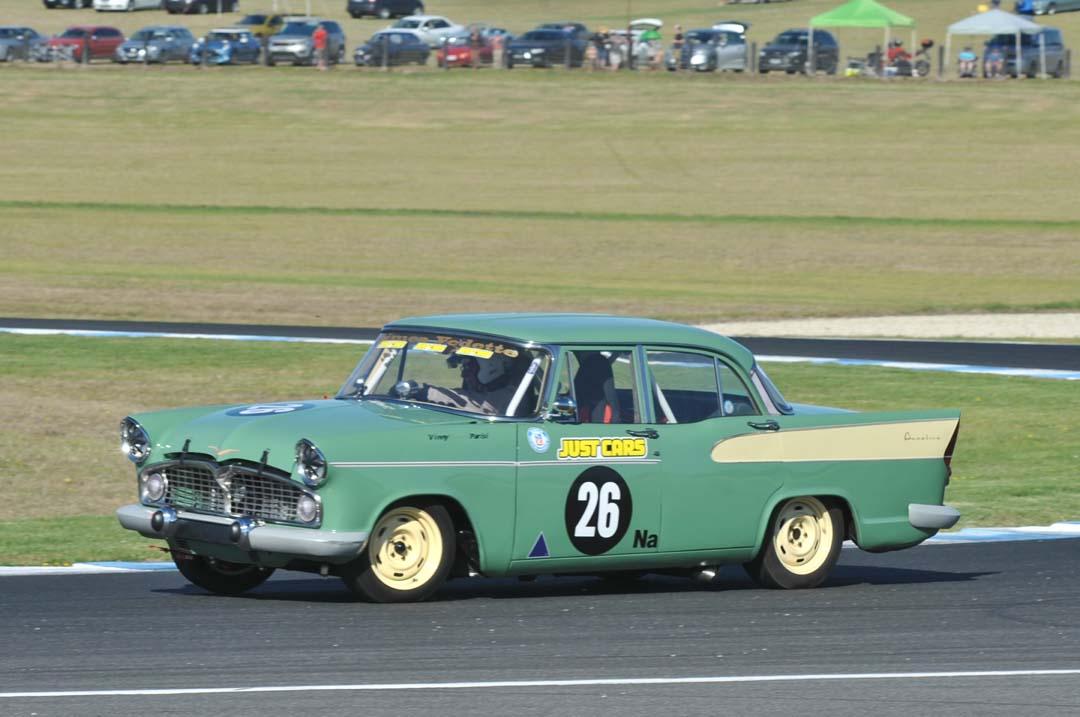 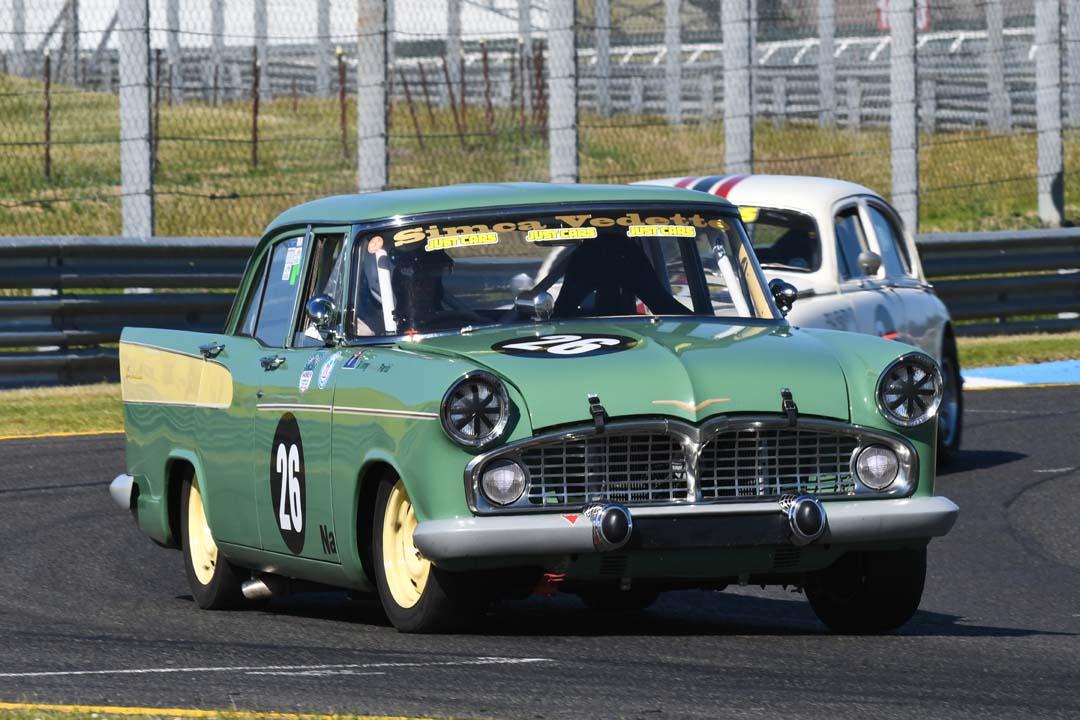 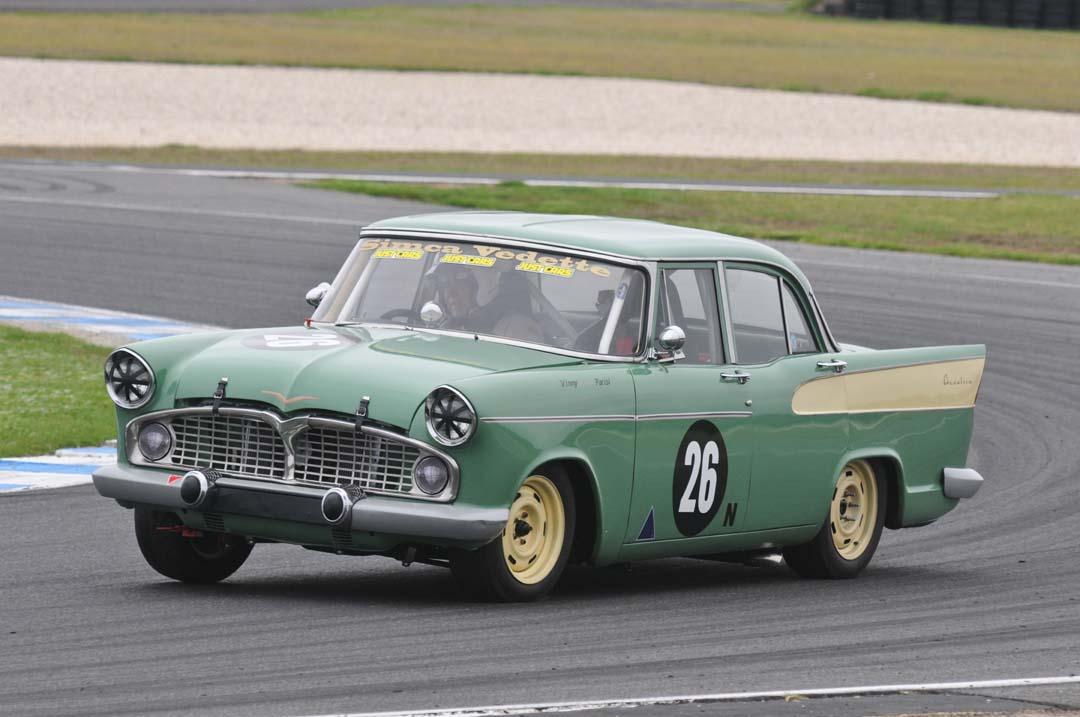 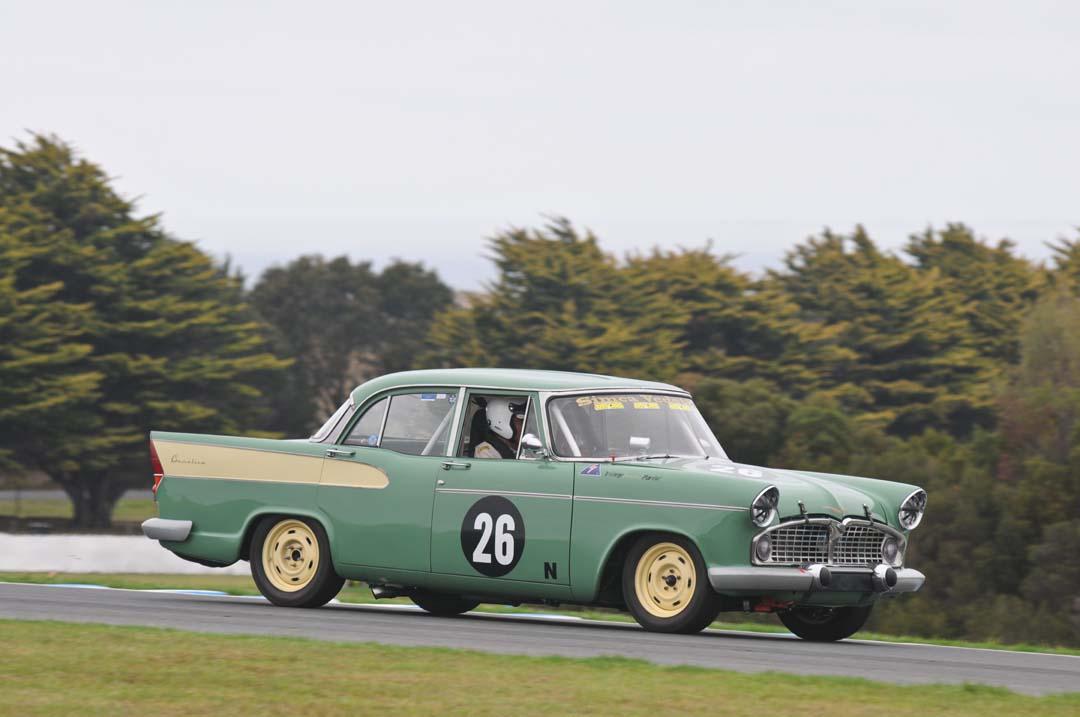 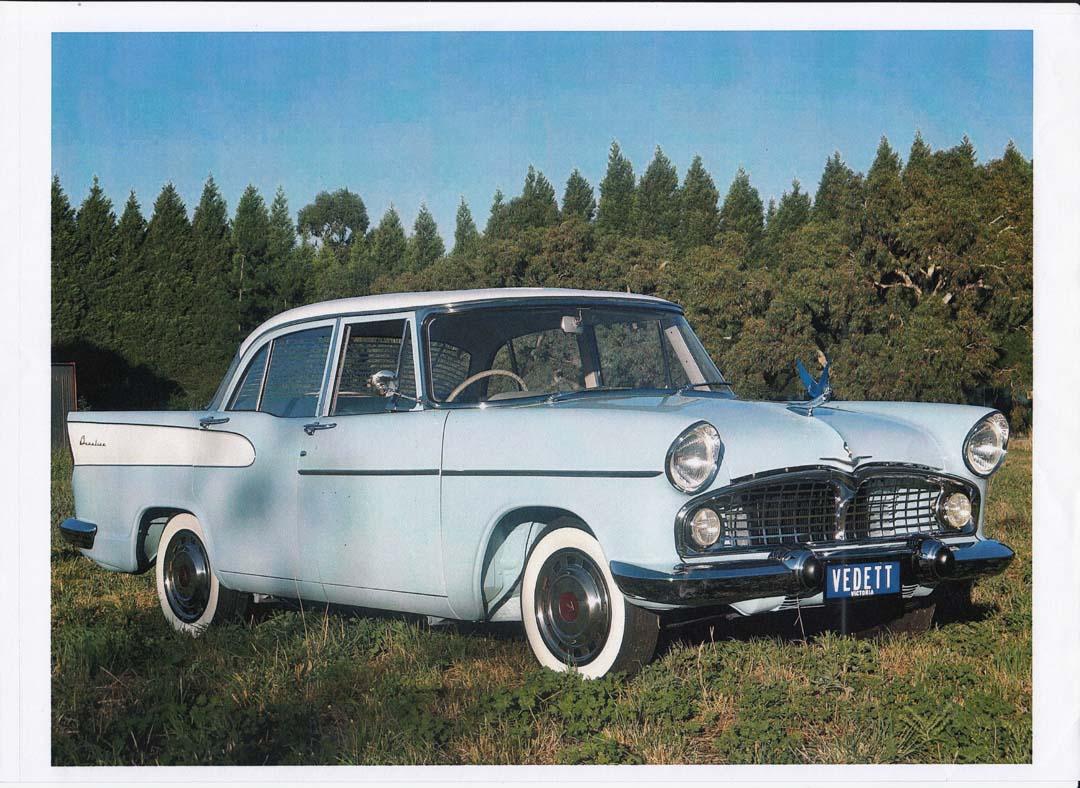 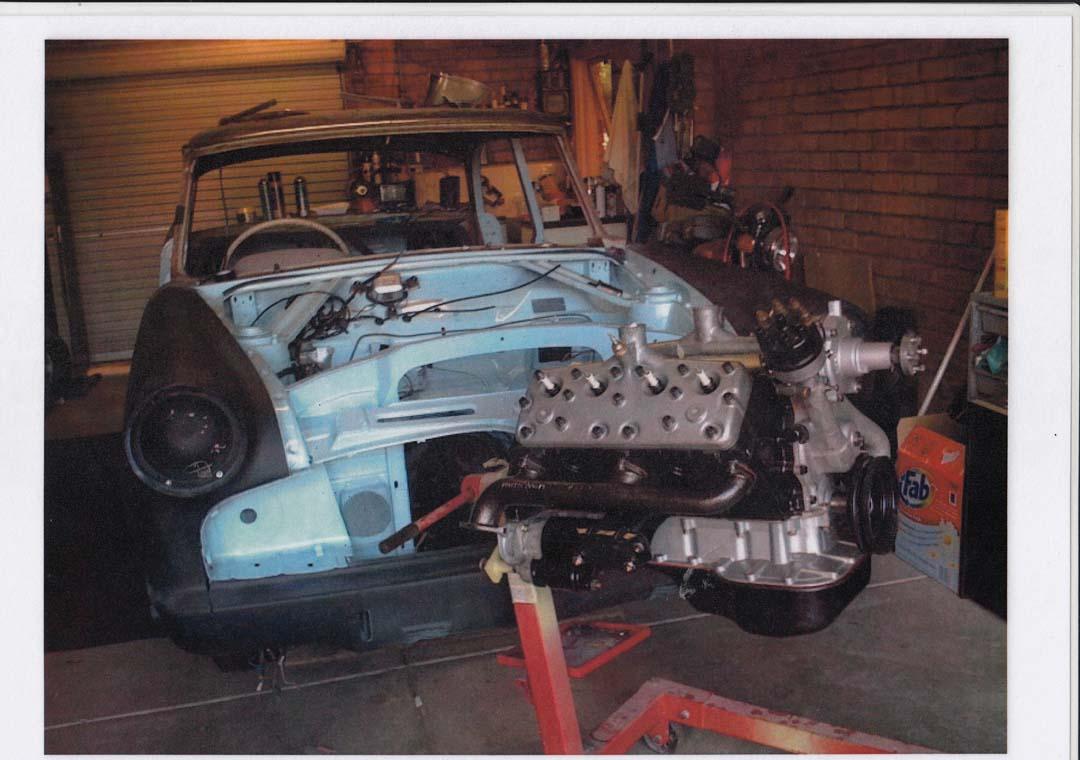 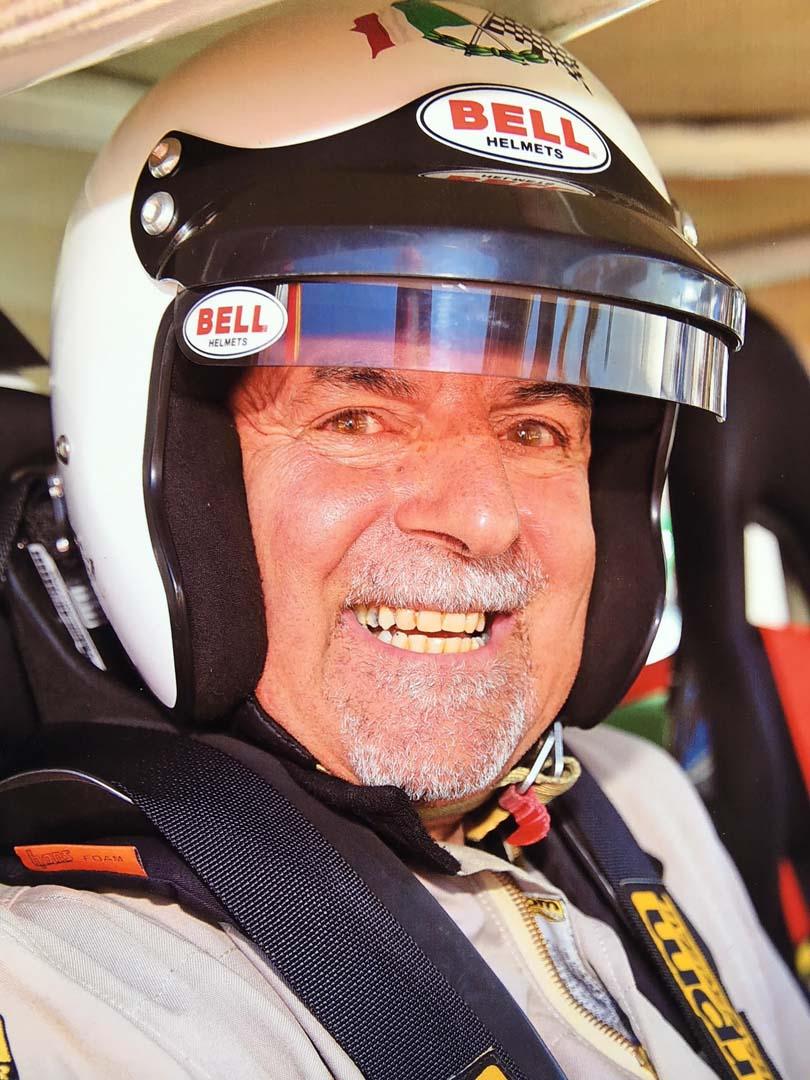 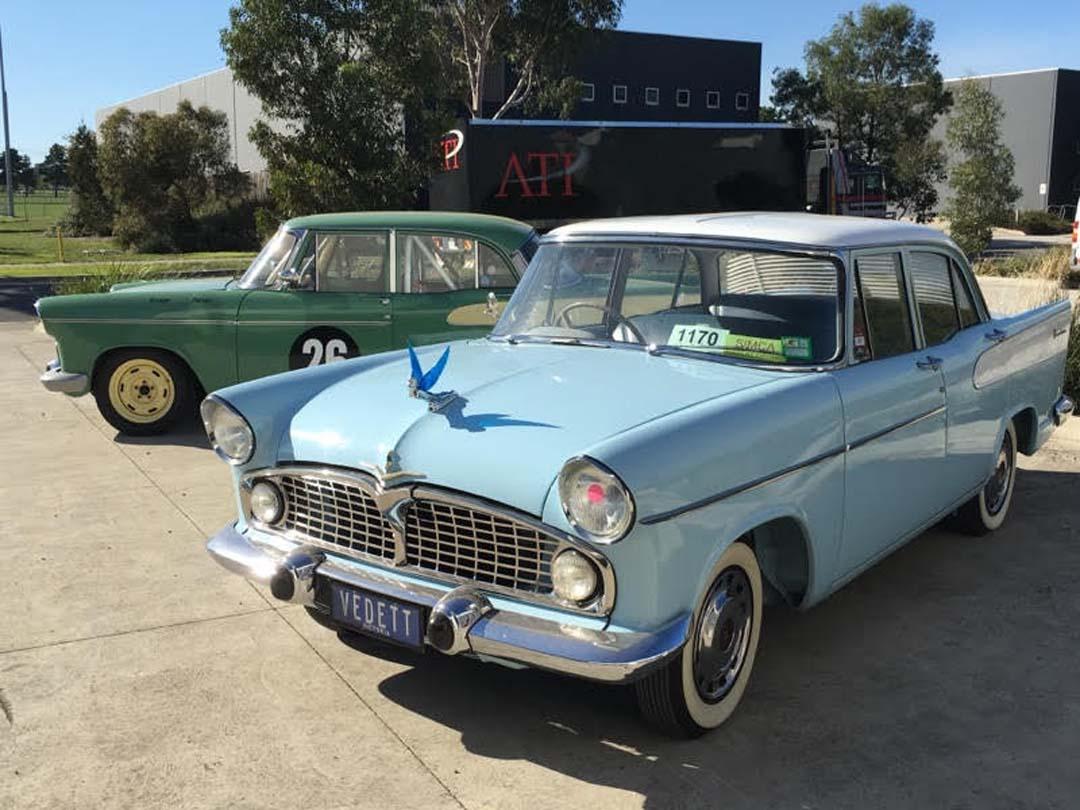 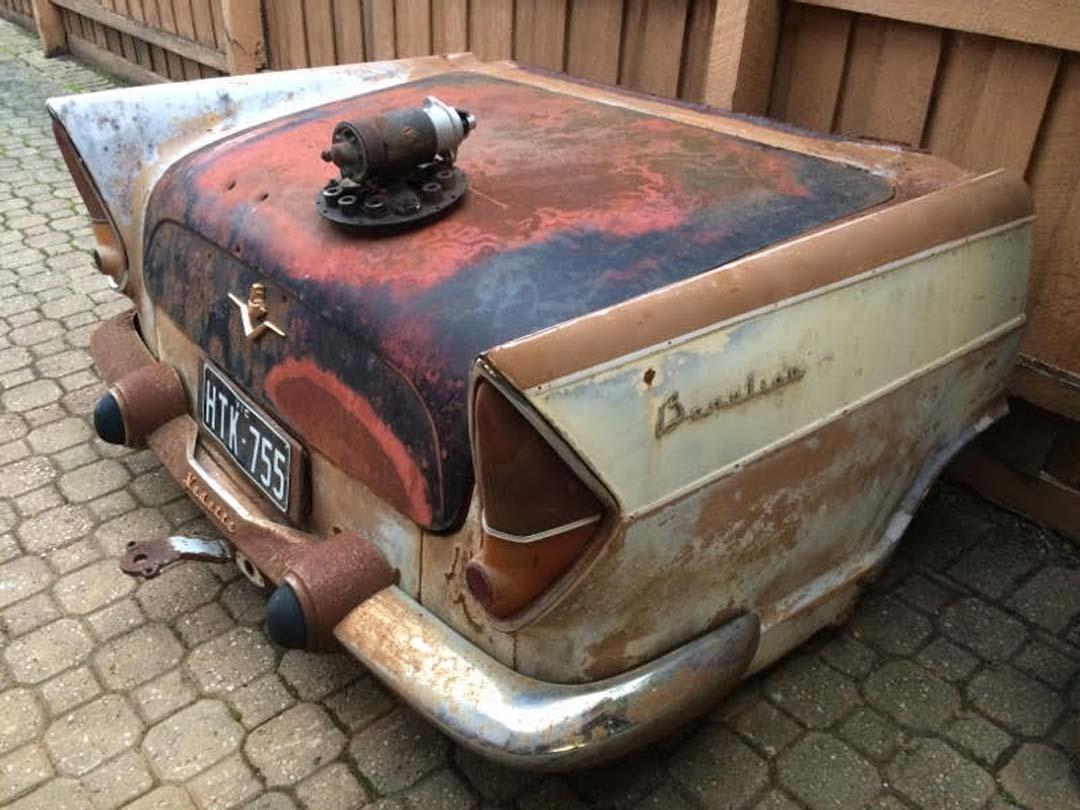 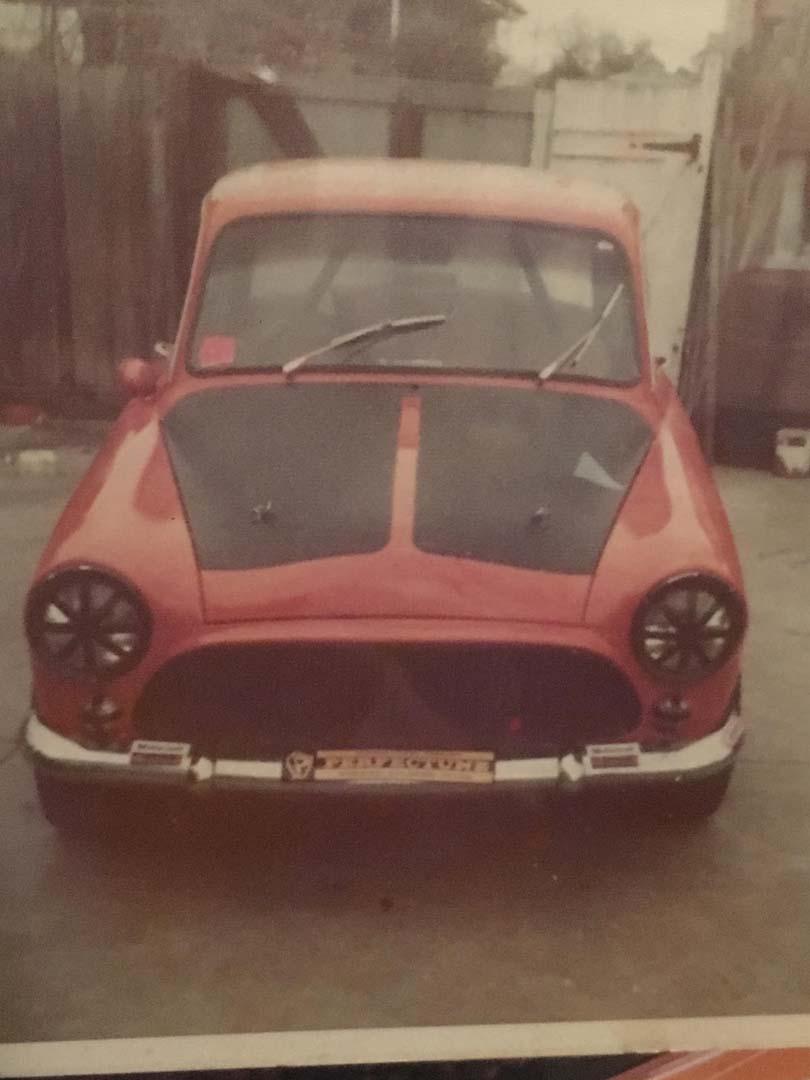