They’ve been dubbed the Holy Trinity of hypercars – the McLaren P1, the Porsche 918 and the LaFerrari. Each combines the seamless surge of electric power with the brutal punch of screaming combustion engines to deliver levels of performance that can only be described as miraculous.

This year at AMF, the trio will appear on track at speed in a display of motoring nirvana, and three mere mortals will be blessed with a ride on the Lap of the Gods.

Two passenger rides will be auctioned at the Festival’s launch party on October 18, the other will be won by one lucky member of the public.

Raffle tickets for this once-in-this-lifetime experience can be purchased through the AMF website from October 19: 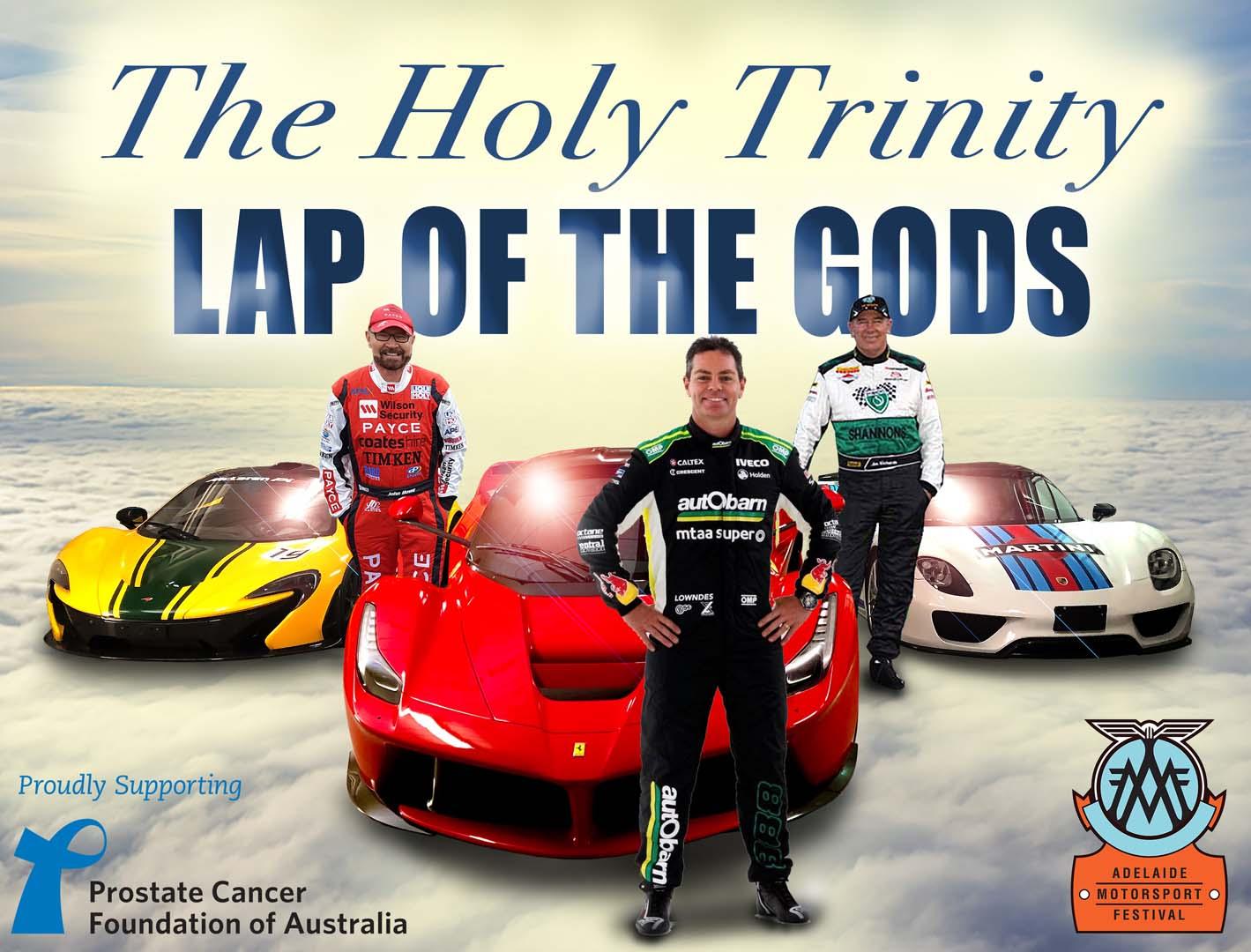 Funds raised from the raffle and auction will go to the Prostate Cancer Foundation of Australia, AMF’s charitable partner for 2018.

Supercars legend Craig Lowndes will pilot the LaFerrari, one of the Stars of AMF’s Race to the City 2018 film.

Its 6.2-litre V12 is augmented by a pair of electric motors powered by a kinetic energy recovery system derived from Formula 1.

Together the two systems deliver more than 950 horsepower to the rear wheels. The LaFerrari hits 100kmh in less than three seconds, on its way to a top speed in excess of 350kmh.

Behind the wheel of the Porsche 918, multiple Bathurst winner Jim Richards will have godlike power to play with.

The Porsche’s 4.6-litre V8 also has two electric motors to help it, one for the front wheels and one for the rear.

Unlike the LaFerrari, the 918 is a plug-in hybrid, with fuel economy figures that beat a Prius (at legal road speeds).

The combined output of 887 horsepower gives it a top speed of more than 350kmh.

John Bowe is the third deity of Australian motorsport to take part, behind the wheel of the McLaren P1.

A plug-in hybrid like the 918, its two motors drive the rear wheels, as with the LaFerrari. Like both, it tops out on the high side of 350kmh. Only 375 were built.

The Holy Trinity will appear on track for a soulful display of motoring potency on both days of the Adelaide Motorsport Festival, Saturday December 1 and Sunday December 2.

To take your seat upon the Lap of the Gods, simply purchase a ticket here: https://adelaidemotorsportfestival.com.au/spectators/tickets/