For the next generation of their A110 sports coupe, Alpine are looking ahead. . . and looking up.

The revival of the Alpine brand has been one of the automotive industry’s success stories from the past five years. Sure, the all-new Alpine A110 takes its name and styling from a car that debuted sixty years ago, but it’s very much a modern machine.

For the third-generation A110, which is due in approximately 2026, Alpine are looking not just to the now, but also to the future. 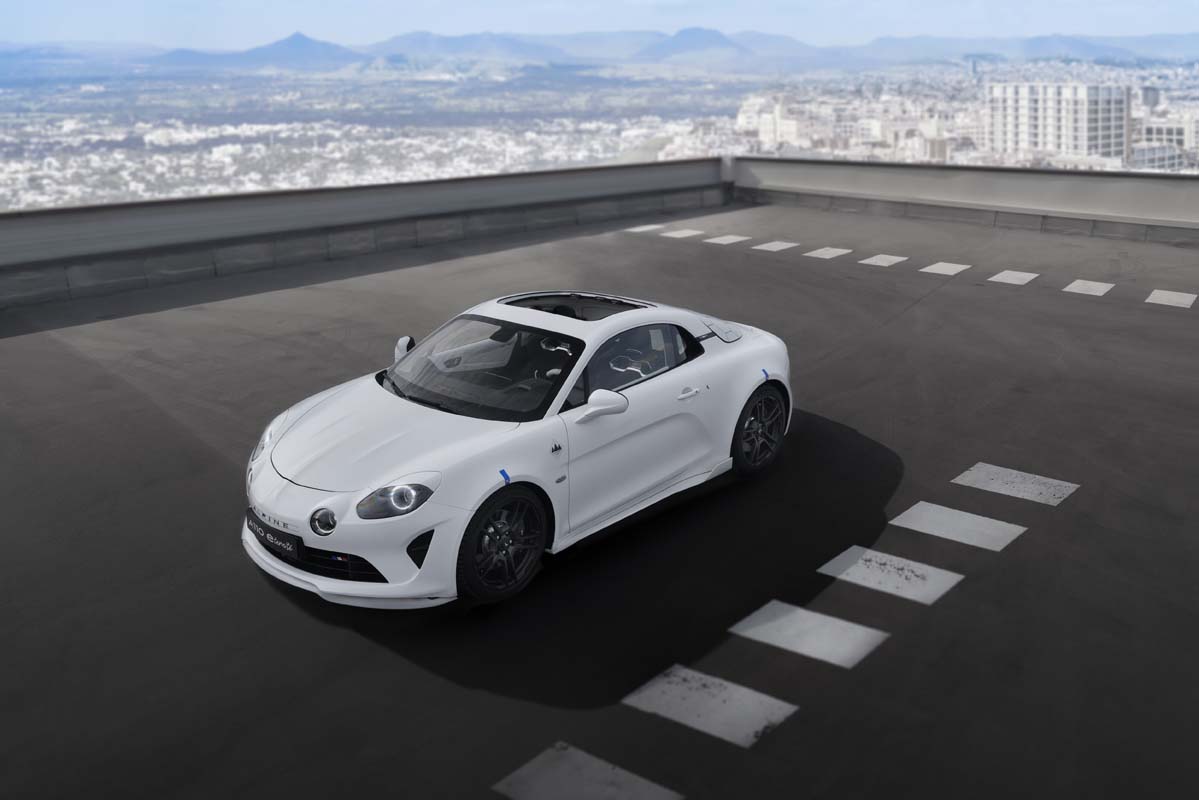 This simple statement, made two years ago by incoming Renault CEO, Luca de Meo, has inspired the direction for the next-generation Alpine A110, which was unveiled at the French Formula 1 Grand Prix in July as a “rolling laboratory” demonstrator. 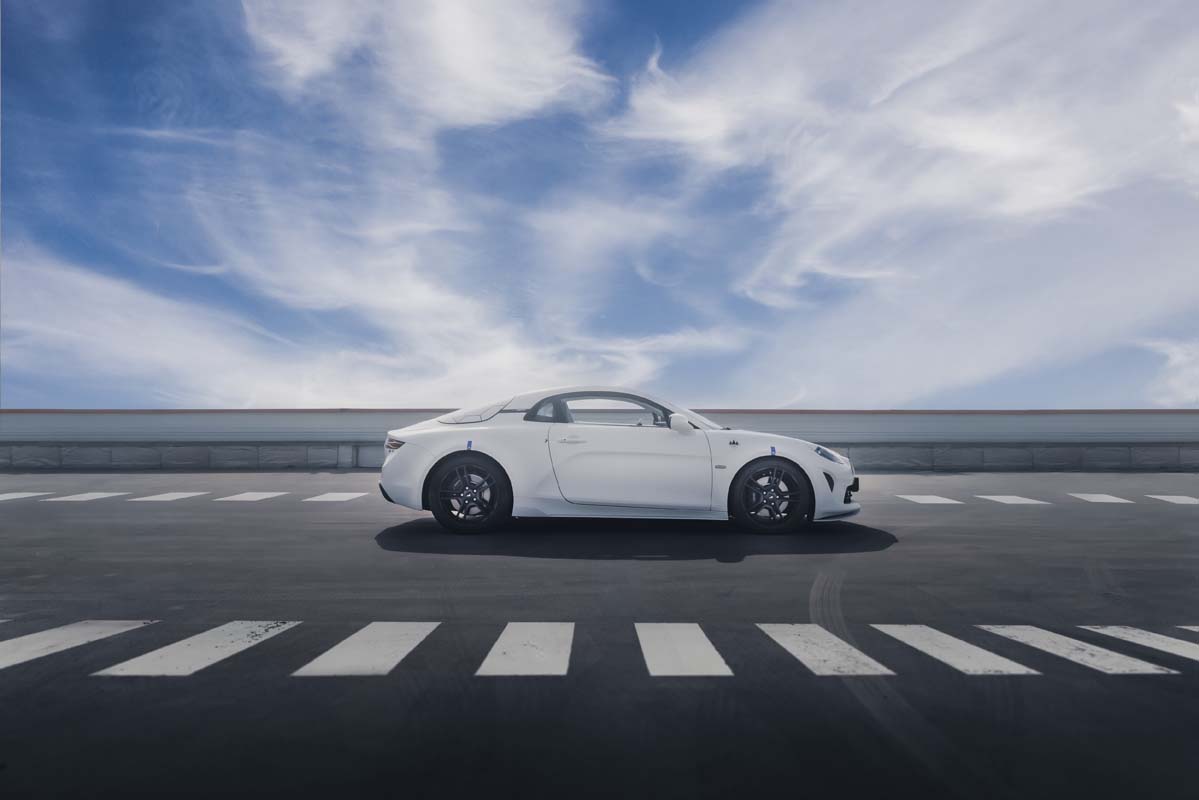 Despite its new drivetrain, the E-ternité remains identifiable as an Alpine and has styling similarities to the existing A110. This was a deliberate touch, as the A110’s styling is so integral to Alpine’s identity that any attempt to create something entirely new in this exploratory EV phase runs the risk of not resonating with customers, who have an almost cult-like devotion to the brand.

As Alpine themselves describe it, the purpose of the E-ternité and other EV work they are currently doing is to build a bridge “between a prestigious past and an even more ambitious future”.

With the commitment to make an A110 EV, the next step was how to do it, ensuring the finished product offered similar performance and agility to the petrol-powered model.

As mentioned, Alpine has a wealth of existing EV componentry and knowledge within Renault to call upon, so started with 60kWh battery modules from the Megane E-Tech. These were adapted to suit the A110 architecture and placed around the car to optimise weight distribution, with the casings redesigned to reduce weight. 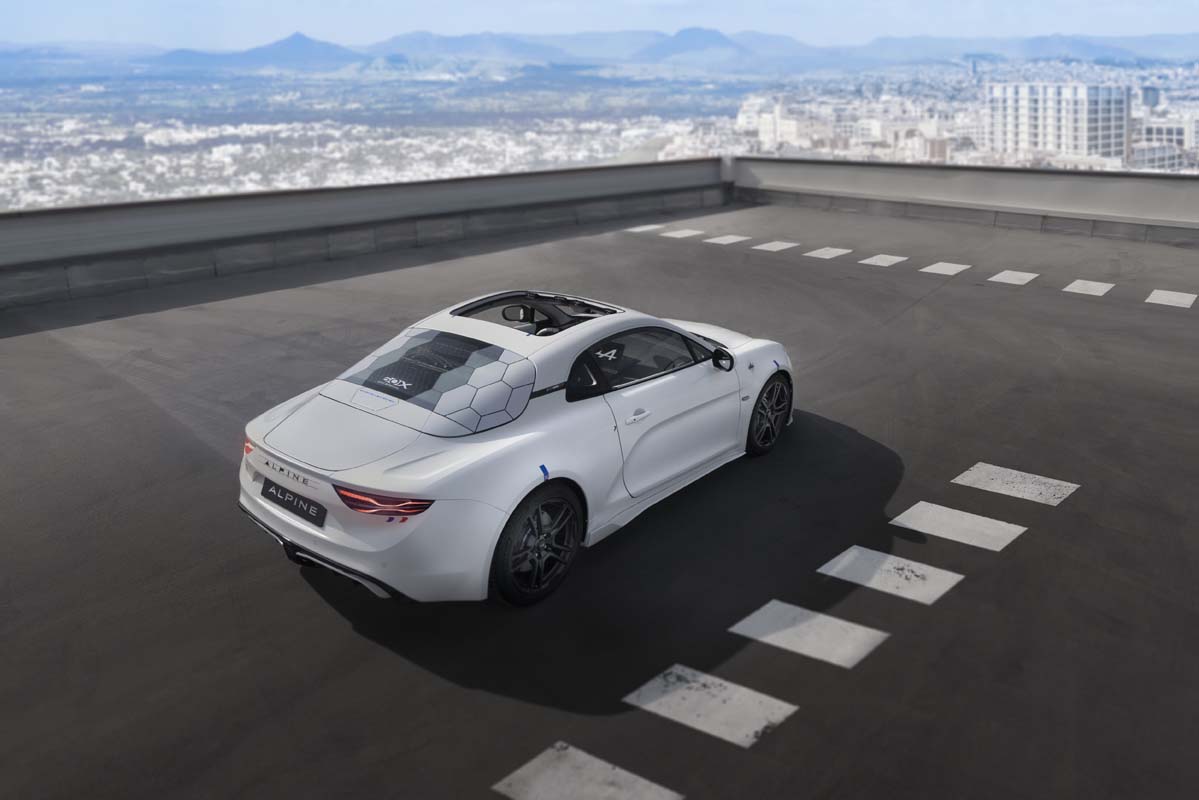 A compact 6AM electric motor was also sourced in-house and puts out a claimed 178kW and 300Nm in this application - comparable to the conventional petrol-engined Alpine’s 215kW and 320Nm – as is the 0-100km/h acceleration of 4.5 seconds (4.2 seconds on the fastest petrol A110 variant).

Those numbers are good, but when it comes to EVs, range is the measure most people want to know, and the E-ternité’s is very respectable at 420km on the WLTP cycle. This is achieved in a vehicle weighing 1,378kg, compared to the petrol-engined A110’s 1,120kg.

While integrating an electric motor and battery packs into an A110 proved to be relatively straightforward, the same couldn’t be said for the transmission.

With no existing EV-specific gearbox considered suitable to deliver the smooth, efficient operation this project needed, Alpine engineers turned to the DCT already in the combustion engine A110. 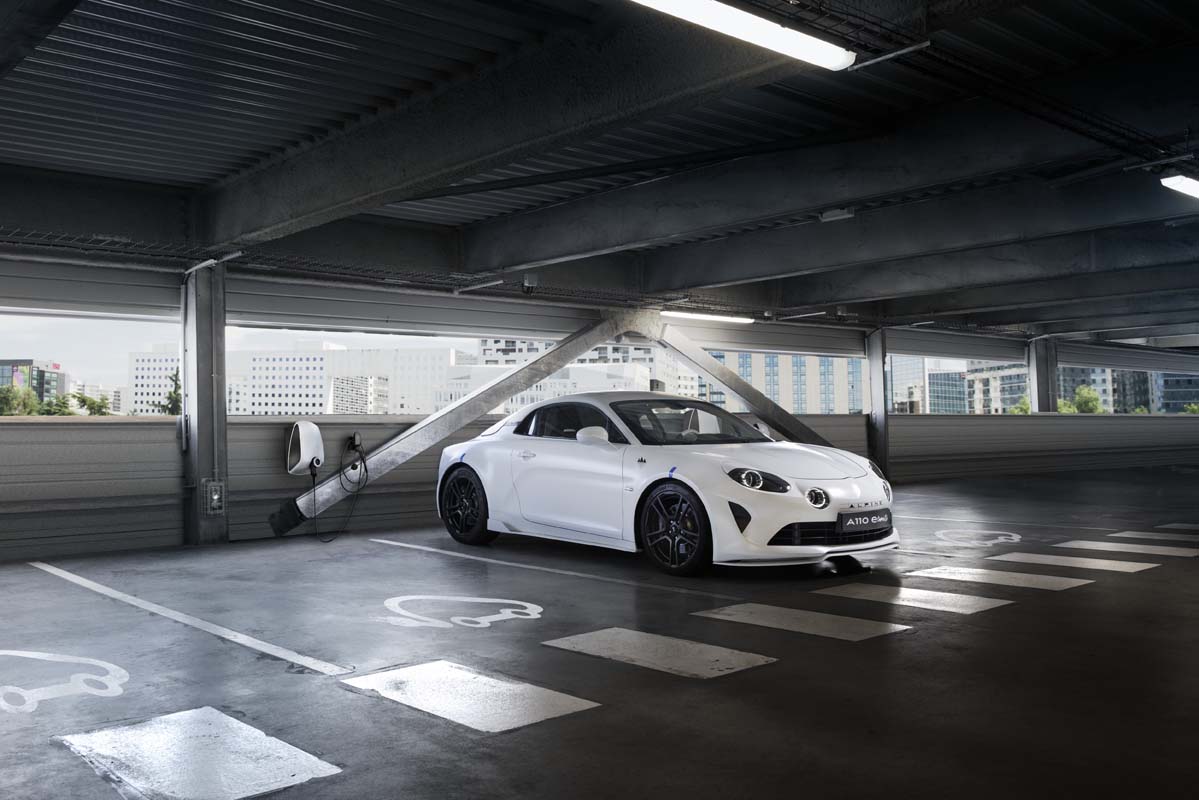 This was modified so there’s no break in torque between the two speeds offered. Achieving this, and ensuring the transmission remained compact and light, took some development and was one of the project’s most challenging elements.

For the electronics, Alpine combined old and new technologies, overseen by a single ECU. The carmaker says this simplifies things and allows electronic features from the combustion engine cars to be updated with features from the EV sector as they come online. Examples of the latter cited by Alpine include an ‘overtake’ function and the ability for communication between two separate batteries.

While the E-ternité project (Alpine are deliberately not calling it a concept) is clearly a close relation of the A110, there are a few styling differences. These are mainly cosmetic, like ‘eyelids’ over the headlights and a honeycomb decal over a large portion of the rear window.

A more significant change, though, is something A110 enthusiasts have been calling for for years. 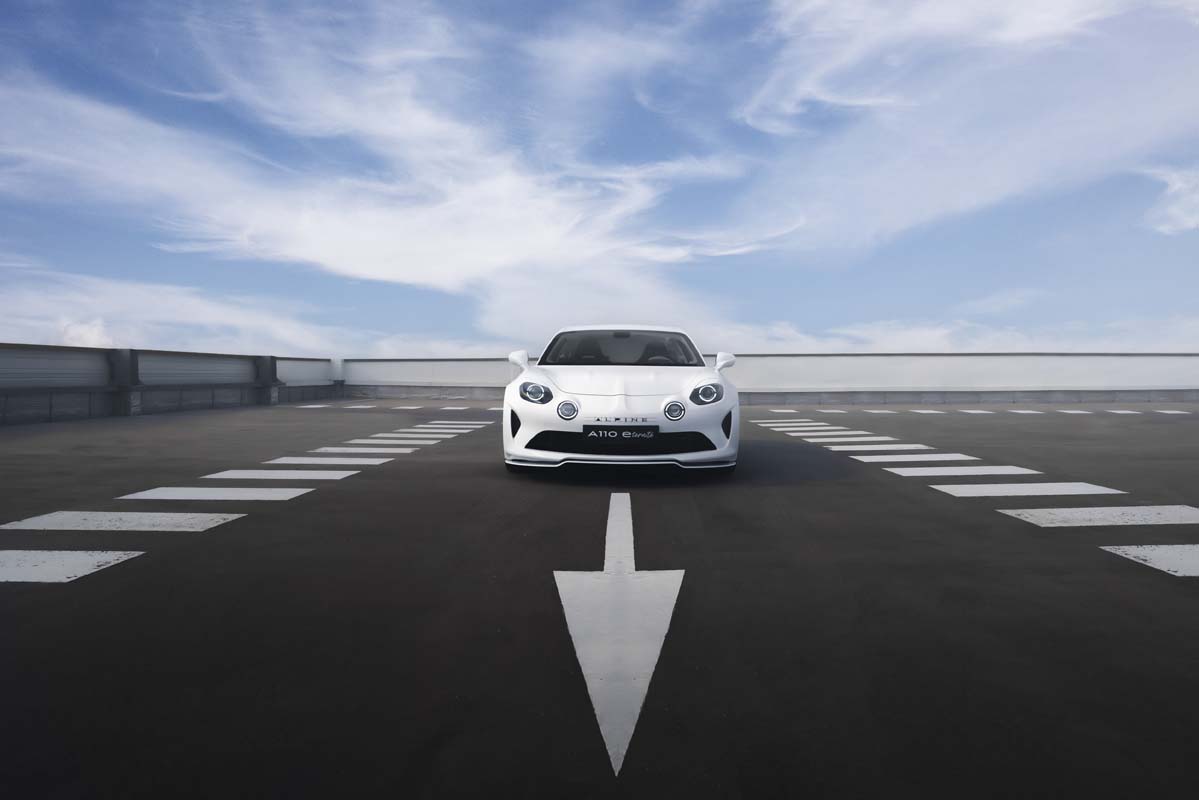 According to Alpine, customers have been requesting an open-roof A110, and while the E-ternité isn’t a full convertible, it does have a removable roof panel. Light and simple to remove, this panel is made from recycled carbon fibre. More importantly, adding a view of the sky is said to have no impact on the A110’s body rigidity.

Like the outside, it’s mostly familiar stuff from the A110 in the E-ternité cabin, too, but in place of the central infotainment screen, drivers add their own multimedia tablet. The sound system has been upgraded and is described as state-of-the-art, with eight speakers to deliver a surround-sound experience.

Reflecting the move away from leather into more eco-friendly materials, parts of the E-ternité interior are made from flax. Stronger than carbon fibre and offering better acoustics, flax is described by Alpine as a material of the future.

On a second E-ternité demonstration car, the use of flax extends even further - to the bonnet, roof, grille, rear skirt, seat shells and even the rear glass. Moulds to create parts are said to be compatible with multiple materials, so the same mould can allegedly be used to produce carbon fibre, glass and flax fibre composite parts.

The electric A110 will be part of an expanded Alpine range that’s expected to include a crossover SUV and conventional hatchback, both of which will also be EVs.

While these new additions will be based heavily on existing Renault models, the A110 will remain its own animal and a halo car for the brand.

According to Alpine CEO, Laurent Rossi, the DNA of the A110 is important and there are no plans to change that or water it down as the range expands.

Beyond its own in-house developments on rolling laboratories like the E-ternité, Alpine may possibly engage in co-development with Lotus, whose own EV sports car, the Type 135, is expected in 2026. A decision on any such collaboration is due later this year.

While an electric A110 is still some way off, Alpine are looking forward to the future with enthusiasm and say the research they’ve already undertaken, on projects like the E-ternité and others, has delivered some very promising results.